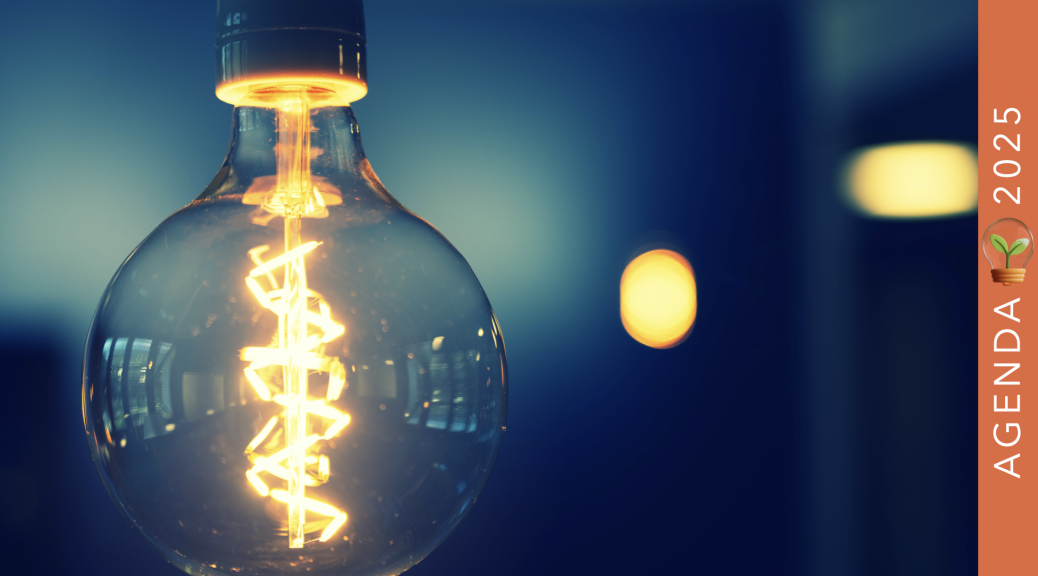 After five months and nearly 20 contributions from academia and practitioners in our series D’Kart Spotlights: AGENDA 2025, we turn off the spotlight. The occasion for this spotlight project was the AGENDA 2025, with which the German Federal Ministry for Economic Affairs and Climate Action (BMWK) presented an outline for the reform of antitrust law. The draft bill for the Competition Enforcement Act – (11th amendment of the law against restraints on competition (GWB) – was published yesterday. In addition to strengthening market investigations and facilitating the skimming of profits, the draft also includes measures to enforce the DMA. However, the majority of the Agenda 2025 will be postponed to the 12th GWB amendment. What can the D’Kart experts from academia and practice contribute to this upcoming reform of antitrust law? Alexander Kirk, Philipp Offergeld and Tristan Rohner draw a first conclusion.

The agenda starts with a commitment to “Ordnungspolitik” (regulatory policy) (item 1). Rupprecht Podszun takes this as an opportunity to recall the foundations of ordoliberalism. The basic ideas of Walter Eucken, Franz Böhm & Co. go far beyond an efficiency-oriented thinking. Human dignity is the starting point of the economic constitution. Economic policy must always be in the interest of human dignity. This can be interpreted as a cautious awareness of competition policy to the current challenges in climate protection and social policy. He is also concerned about the Russian war of aggression against Ukraine, which took place shortly after the Agenda was published: ” Walter Eucken knew what war meant. He conceived his principles in the full knowledge that man is capable of being a wolf to other men. His order of competition is an order of peace.”

The BMWK sees the strengthening of private enforcement as an important component of contemporary regulatory and competition policy (item 2). Christian Kersting takes this clear statement as the occasion for a foray through the construction sites of the Cartel Damages Directive together with comprehensive proposals for solutions. The protection of leniency applicants must be expanded in order to enable effective cartel prosecution. Furthermore, leniency applicants should be granted a full right of recourse against their fellow cartel members. In addition, class actions, presumed damages and concentrations of jurisdiction would be useful instruments for strengthening private enforcement. Gerhard Klumpe takes a close look at the disclosure claims in the GWB and points out their weaknesses, especially the problems with judicial enforcement. He also argued for a presumption of damages. The papers focus on the current problems that the BMWK has to address and at the same time present proposals for solutions. In the case of a possible reform, the BMWK’s competition department will only have to copy here.

Another aspect of contemporary competition policy is the reform of the ministerial authorization under section 42 GWB, which has always been controversial. What should this look like? The BMWK’s plan includes the possibility of legal action by third parties and the involvement of the Bundestag. Our experts go one step further. Hans Jürgen Meyer-Lindemann supports the BMWK’s plan to restore appropriate legal action by third parties, but he is critical of the involvement of the Bundestag. The real problem with the ministerial approval are its requirements. Market-related criteria are not suitable as a corrective for a examination of competition related matters. This needs to be reconsidered. The Bundestag is the right institution to do this – but not with decisions in individual cases. At the same time, he emphasizes the positive aspects of the ministerial approval: It gives the German Competition Agency (BKartA) the opportunity to exercise merger control free of political influences purely from a competition perspective. Maximilian Konrad also criticizes the requirements of the ministerial approval. The term “public interest” is meaningless and cannot be defined consistently. An involvement of the Bundestag could create more transparency, but it will not eliminate the fundamental problem. In any case, it is unlikely that the Bundestag, with a coalition majority, will override the plans of the Federal Minister of Economics. A cross-party will would only exist if a 2/3 majority is required.

Although there is no mention in the agenda of revising the substantive criteria, our experts agree here: the BMWK should not rely exclusively on a procedural solution, but should also put the preconditions for the authorization to the test.

Sustainability and transformation of the economy

The central theme of the agenda is sustainability in competition policy (items 3-5, 7). Accordingly, many experts chose to contribute to this topic. Elena Wiese illustrates the legal uncertainty of sustainability cooperations in practice. She would like to see guidelines that clearly communicate how negative externalities are to be taken into account in the context of the exemption under Article 101 (3) TFEU. However, not every consideration can be left to the antitrust authorities; rather, the legislator must also take action. Patrick Hauser also argues in favor of a reorientation of Art. 101 (3) TFEU. Full compensation of consumers is not possible in cases of negative externalities. Felix Rhiel and Frank Schlütter supplement the legal contributions with economic insights. From their point of view, sustainability cooperations are only necessary in exceptional cases, in other cases they are harmful. There is always the danger that supposedly sustainable cooperations enable hidden price agreements. Mariya Serafimova stressed that a uniform approach within the European Competition Network (ECN) is needed. “Until then, the burden of continuing sustainability efforts will likely lie on companies and above all on “thoughtful” consumers.”

The other often neglected subfield in the sustainability debate is the control of abusive practices. Tristan Rohner points out ways in which sustainability concerns can be integrated here as well. Abuse by breach of law could also be applied to norms related to sustainability. The existing criteria for exclusionary abuse could be modified and opened for sustainability considerations. The exploitation of public goods could become a new precedent of market power abuse.

Katrin Gaßner deals with the Agenda’s plan to strengthen abuse control in the food sector. From her point of view, legal improvements are not necessary here, since sections 19 et seq. GWB already provide sufficient possibilities for intervention. She doubts that there will be sector-specific regulations for the food sector in the near future.

The contributions show that sustainability and the transformation of the economy are the focus of the agenda for a reason. Particularly in the case of sustainability cooperation, the expectations of practitioners are high. Meanwhile, the legal problems have not yet been solved. At the same time, lawyers should not forget that even in this – apparently normative – topic, economists produce relevant findings that must be taken into account. However, the agenda wrongly restricts the sustainability debate to cooperation and the prohibitions of cartels. The other subfields of antitrust law should also be made fruitful here. This discussion will be promoted at November 2, when a study by Heinrich Heine University led by Justus Haucap and Rupprecht Podszun for the BMWK will be presented to the public.

For competition policy, the BMWK thinks along with the European level (items 8 and 9) and brings the potentially sharpest sword of antitrust law (again) into play with unbundling at the EU level, independent of abusive practices. For Juliane Mendelsohn, unbundling as a last resort is an important instrument of competition policy to protect and restore competition and decision-making freedoms. Daniel Zimmer warns that, despite all the justified concerns about entanglement, companies could be dissuaded from growth-promoting innovations and efficiency improvements because of the fear of unbundling. To prevent this, he says, an appropriate compensation rule is necessary, but one that does not include monopoly profits. Dominik Piétron’s contribution shifts the focus to merger control. He called for the efficiency defense in its current form to be replaced by structural assumptions on data, market concentrations and externalities. The draft bill for the 11th GWB amendment apparently includes unbundling as a consequence of a market investigation.

After the adoption of Section 19a GWB and the Digital Market Act (DMA), the major work seems to be done for the digital economy. But what is the relationship between these new regulations? Christian Karbaum questions whether the BKartA could still apply Section 19a GWB after the DMA becomes effective. It could all have been quite “simple” if there had been conflict-of-law rules such as those in Regulation (EC) 1/2003. Gunnar Wolf and Niklas Brüggemann also address this controversial relationship. From their point of view, it is clear that although the DMA and antitrust law concern similar cases, they pursue quite different goals. “Even though the DMA and Section 19a GWB are both children of their time, they are not twins.” The fact that the tasks of competition policy for the digital economy are far from being exhaustively solved has been shown by the recent resolutions of the 73rd Association of German Jurists on commercial law [read here in german].

Alexander Kirk takes a look at the rarely illuminated legislative process in the EU. He calles for more transparency in the trilogue process. “Can it be that the oftentimes decisive twist to a law for almost 450 million citizens is added in secret?” Kirk proposes rules of procedure for interagency exchanges with transparency obligations and procedural requirements.

The BMWK – under pressure from the minister’s own announcement to quickly create an antitrust law “with claws and teeth” – already has the next (11th) GWB amendment ready, the “Competition Enforcement Act”. This is intended to strengthen market investigations, facilitate the skimming of profits, and allow the BKartA to assist the Commission in enforcing the DMA, as well as strengthen private enforcement of the DMA. These points are only partially reflected in Agenda 2025. At the same time, however, the BMWK announces that further points of the Agenda will be implemented in the next amendment during this legislative period. The spotlights are part of the participatory process in the run-up to this and other amendments. The experts who have had their say here provide initial assessments, suggestions and new ideas, as well as concrete proposals for solutions. We hope that these will fall on fertile ground and stimulate further discussion on Agenda 2025. We are particularly pleased that the BMWK attaches such great importance to the participatory process. The success of the upcoming amendments will be decisively determined by this.

We would like to thank everyone who contributed to the Spotlights – the paths of legislation are often unfathomable, but we can already say that the contributions have been and will be read in political Berlin. Even if not every idea should be taken up – already reading and thinking about it has been fun!