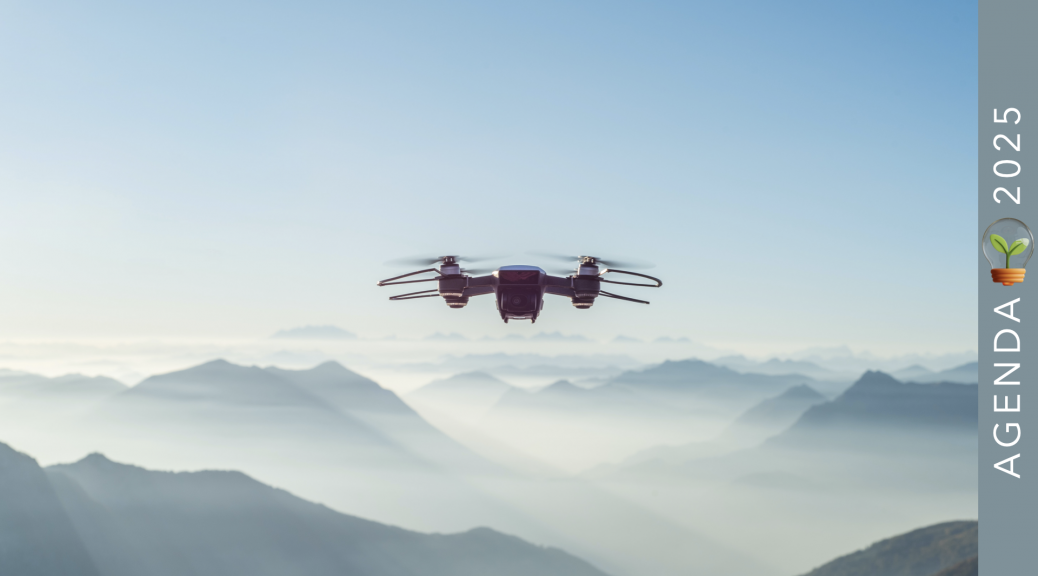 Merger control is often not dealt with at all or only as a marginal issue in the sustainability debate in antitrust law. In this article, Johanna Welsch takes a look at this part of the BMWK’s AGENDA 2025.

With the European Green Deal, the European Commission has initiated the transformation to a modern, resource-efficient and competitive economy. The core objective of the Green Deal is to make the economy of the European Union climate-neutral by 2050. All policy areas are to be reviewed to see how they can contribute to this. Thus, competition policy is also concerned with how climate protection and other sustainability goals can be better taken into account in antitrust law.

So far, the debate has mainly been conducted in the context of the assessment of cooperations under anti-trust law. This is certainly partly due to the fact that there are currently hardly any merger control proceedings with a reference to sustainability. However, it is possible that sustainability aspects will be raised more often in the context of the examination of merger projects in the future.

In many mergers, the protection of competition does not conflict with the pursuit of climate protection goals, yet both goals prove to be complementary. The assessment only becomes difficult when mergers contribute to climate protection but at the same time harm competition in the market, or vice versa. This raises the question of whether and, if so, how such a conflict can be resolved. In the field of merger control, two approaches are feasible.

The efficiency defence in German law?

At the EU level, the balancing of efficiencies within merger proceedings is anchored in the so-called “efficiency defence” in Recital 29 of the EC Merger Regulation (ECMR). In principle, this opens up the possibility of also considering sustainability aspects as efficiency improvements and weighing them against the merger-related restrictions of competition. The efficiency defence at EU level can in principle be a suitable instrument to take into account sustainability improvements resulting from a merger in merger control. So far, however, the efficiency defence has had little success in merger cases at EU level, as it has high preconditions and the burden of proof lies with the companies. So far, however, hardly any merger proceedings of the European Commission are known in which efficiencies in the area of sustainability were presented or quantified. The lack of case practice is certainly one reason why merger control has been little discussed in the sustainability debate so far.

National antitrust law does not recognise the efficiency defence in this manner. In its 24th main report, the Monopolkommission (Monopolies Commission) discusses, among other things, the possibility of explicitly including an efficiency defence for climate and environmental protection aspects in German merger control, but sees no reason for this at the present time due to the lack of case practice. Nevertheless, it is interesting to take a closer look at the efficiency defence in relation to sustainability.

In the Guidelines on the Assessment of Horizontal Mergers (the Guidelines), the European Commission clarifies that efficiency advantages to be examined in the context of an efficiency defence must benefit consumers, be merger-specific and verifiable. The conditions must be cumulative in order to counteract merger-related competitive harm. In concrete terms, this means that consumers must not suffer disadvantages by the merger. Therefore, efficiencies should be substantial, materialise in a timely manner and benefit consumers in relevant markets where competition concerns would otherwise arise. Such efficiencies may, for example, lead to lower prices or to improved goods or services resulting, for example, from efficiencies in research and development and innovation.

Examples of efficiency advantages, according to the EC Merger Guidelines, are cost savings that arise in production or distribution and give an incentive to charge lower prices after the merger. This means that if the merger enables a more environmentally friendly and at the same time cost-saving production, such efficiencies, which have a positive impact on sustainability, can already be taken into account within the efficiency defence and do not require a separate basis for further investigation. For example, it is possible that companies that have to purchase emission certificates for their production can claim possible cost savings from the reduction of emissions as an efficiency in the case of a merger. If companies are active at the end of the value chain, their suppliers may have already internalised these costs and the emission savings are reflected in reduced procurement costs.

However, it is also possible that more climate- and environmentally-friendly production processes or the production of sustainable products are associated with higher costs, e.g. because more sustainable but more expensive materials are used. Such a balancing of cost-increasing effects, structural damage to competition (through the merger) and positive effects on sustainability has not yet been carried out by the European Commission, but is possible.

Where climate-friendly efficiencies are not clearly evident, as in the case of cost savings, it can be very difficult to determine whether such efficiencies are perceived positively by consumers, i.e. benefit them. Moreover, according to the Guidelines, efficiency advantages carry less weight, when their realisation happens further in the future. However, investments in climate protection are often lengthy and positive effects on climate protection often only occur in the future.

Moreover, under the current guidelines, the assessment of the benefits resulting from the restrictions of competition is limited only to the relevant markets in which the merging parties are active. In general, negative effects on consumers in one market cannot so far be outweighed by positive effects in other markets. This means that only the advantages for consumers in the relevant market are considered as efficiencies. However, positive effects of a merger on climate protection can affect society as a whole and not only the affected consumers in the market.

The merging companies must also be able to clearly demonstrate that there is no other way to achieve the efficiency advantages. However, mergers always represent a lasting change in the market that cuts across all parameters of competition. Thus, a merger is a much more serious intervention in the competitive behaviour of a market than, for example, a cooperation, which is limited in time and does not necessarily affect all parameters of competition. Given the extensive debate on sustainability cooperations and the willingness of the European Commission to exempt such cooperations under certain conditions according to Article 101(3) TFEU, it is only in very few cases likely that a merger project, which leads to restrictions of competition, is preferred to e.g. a cooperation.

The Ministerial Approval as an exception

A second approach could be the Ministerial Approval anchored in § 42 GWB in Germany. According to this provision, a merger prohibited by the Bundeskartellamt can be permitted by the Federal Minister for Economic Affairs if the restriction of competition is outweighed by macroeconomic benefits of the merger or the merger is justified by an overriding public interest. In this case, the improvement in climate protection as a result of the merger would be a benefit to the common good or it would in any case be justified by an overriding interest of the general public. However, according to its conception, the Ministerial Approval is limited to exceptional cases and has also been used restrictively in practice so far.

In the case of the last Ministerial Approval Miba/Zollern in 2019, the Bundeskartellamt already assessed the efficiencies and synergies presented by the parties to the merger in the merger control proceedings in accordance with Recital 29 of the ECMR. It rightly came to the conclusion that the submission of the parties did not meet the requirements that would have to apply in these proceedings. In particular, the Bundeskartellamt criticised the fact that although the synergies cited appeared plausible in parts, there was a lack of detailed documentation to verify the parties’ statements. Moreover, it was insufficiently explained why the efficiencies were merger-specific. It also did not seem plausible that consumers would benefit from these efficiencies in a timely manner. Therefore, the Bundeskartellamt ultimately left open whether it may also take efficiencies into account in the competitive assessment.

In their application for a Ministerial Approval, the companies argued that the merger project, in addition to strengthening international competitiveness, preserving key military technology and safeguarding jobs, would also serve to preserve technological know-how, innovation potential and technological lead. The Federal Minister for Economic Affairs justified his granting of the Ministerial Approval by stating that the parties involved fulfil the public interest reason “know-how and innovation potential for energy transition and sustainability”. According to the Minister, this reason for the common good was recognisable as an overriding interest of the general public. He argued that the innovation potential of the joint venture is significantly greater than if the participants were to conduct parallel research and development (R&D).

The Monopolkommission rightly did not recognise any of these public interest objectives. It was to be expected that efficiency in the use of R&D expenditures, measured by the resulting innovation success, would be weakened by the elimination of competition in the R&D field. On the other hand, a requirement for investments could lead to R&D expenditures not being made where they can be used most efficiently. The Federal Minister for Economic Affairs, on the other hand, acknowledged the public welfare improvements that had been put forward. In particular, he said, the pooling of technological know-how could lead to efficiency improvements in the area of future applications related to environmental protection.

An additional examination by the Federal Ministry for Economic Affairs in a Ministerial Approval only appears appropriate if the Bundeskartellamt identifies efficiencies but these do not lead to sufficient advantages for consumers in the affected markets to compensate for possible competitive harm. However, these efficiencies can occur outside the relevant market, so-called “out-of-market efficiencies”. Within a Ministerial Approval it can be examined whether the efficiencies outside the markets affected by the proposed concentration contribute significantly to sustainability improvements, i.e. generate macroeconomic benefits or represent an overriding interest of the general public, and thus sufficiently counteract the competitive harm. Thus, the efficiency defence would serve as an additional assessment tool, which confirms to the companies involved already with the decision of the Bundeskartellamt whether the merger project leads to efficiencies in the area of sustainability.

If, within the framework of a Ministerial Approval, it is examined whether the claimed sustainability improvements will bring economic advantages or represent an overriding interest of the general public, these public interest reasons must of course also meet the high requirements of a Ministerial Approval. In the submission of the parties involved, it must be concretely demonstrated how the common welfare considerations contribute to the achievement of the sustainability goals of the Federal Government. Moreover, as for any Ministerial Approval, it must be specifically demonstrated that they benefit consumers and that the public interest reason can only be achieved through the merger project, i.e. that it is merger-specific. In addition, the higher the weight of the competitive harm is, the higher the requirements for the common welfare considerations have to be.