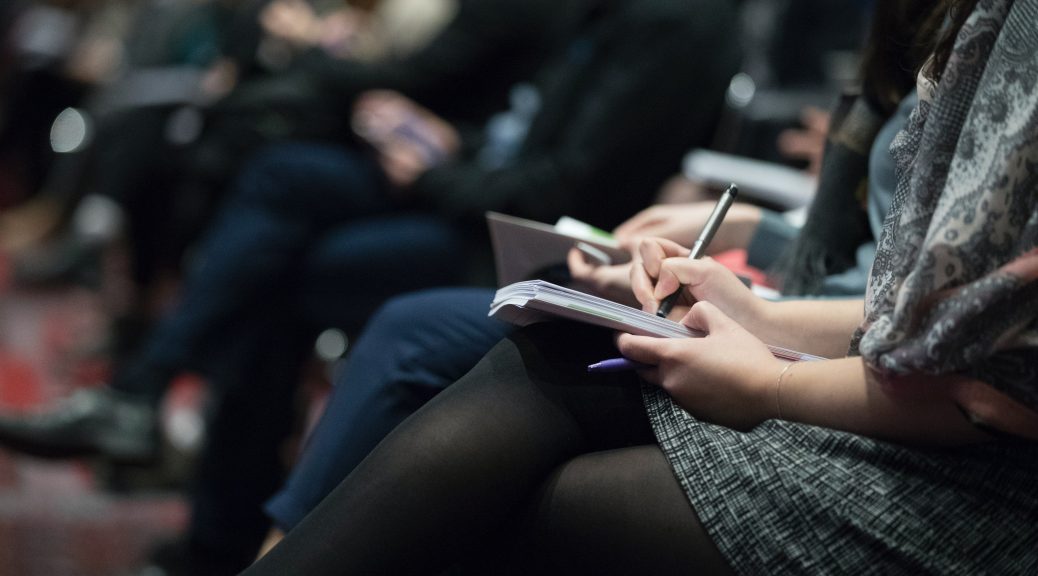 On 23 June 2021, the Bundeskartellamt published its activity report for the years 2019/2020 and presented it at an online press conference. But there is also “explosive” news from the European Competition Network (ECN): The antitrust authorities of the member states demand in a paper to be involved in the enforcement of the DMA. Philipp Offergeld gives an overview of both papers.

Every two years the Bundeskartellamt reports to the German Bundestag, the Parliament, on its activities in the previous two years. Section 53 (1) GWB provides for this, and the activity reports are often a treasure trove. The 200-pages document for the past two years was presented by the President of the Bundeskartellamt, Andreas Mundt, to members of the press on Wednesday, 23 June 2021, who were of course only connected via Zoom.

The enforcement of anti-cartel law

For companies involved in cartels, the Corona pandemic may have been a blessing in a way. At the beginning of the pandemic, the Federal Cartel Office refrained from conducting searches and did not do so again until late summer 2020. For this purpose, the office had developed a hygiene concept. One wonders how this works exactly (and probably does not want to find out). Will the entire office first be disinfected by a specialised company before the search team – with distance and mask – enters? In any case, there seems to be a functioning hygiene concept; the Commission has carried out an inspection at a German garments  company with the help of the Federal Cartel Office, and according to reports, everything went as relaxed as dawn raids go.

One trend that has continued is the decline in leniency applications. In the past, information from leniency witnesses was essential for the cartel authorities to be able to detect cartels at all. In 2019, i.e. still without Corona-related special effects, there were 16 applications in 14 cartels. The last time the figures were lower was in 2006, the year in which the bonus scheme introduced in 2000 was amended to current standards. According to Mundt, the decline, which probably affects the entire EU, is mainly due to the remaining liability risk in private damages proceedings. (Mundt is probably too experienced for the obvious explanation that there are simply fewer cartels).

The Damages Directive (2014/104/EU) has already provided for a privileged treatment of the leniency witness for private enforcement: Leniency statements are generally excluded from disclosure and are thus virtually unavailable as evidence (Art. 6 para. 6 Cartel Damages Directive = Sections 33g para. 4, 89c para. 4 ARC), according to Art. 11 of the Directive (= Section 33e ARC) the leniency applicant is “only” liable to his direct and indirect customers or suppliers. In the external relationship, however, he is obliged to compensate them for their entire damage and can only take recourse against the other cartel participants in the internal relationship to the extent of their responsibility. This liability risk apparently deters many companies from filing a leniency application, which the Bundeskartellamt describes as problematic for the uncovering of cartels as a whole. Conversely, this could of course also be understood to mean that fines alone are apparently not a sufficient deterrent. Does the sanctioning apparatus need to be put to the test again?

The Bundeskartellamt has made “spirited” use of the new Section 19a GWB, the rule that somehow inspired the Digital Market Act. Four proceedings are running in the Office, initiated against the GAFAs: Google, Amazon, Facebook and Apple are now tested whether they are “undertakings with paramount significance for competition across markets” on the basis of the new provision for companies. Some of these proceedings are still being conducted by the Office without any specific allegation of abuse, so the primary objective is to establish the norm addressee status – once that box is ticked, according to the concept of the rule, things can move quickly with more specific obligations.

Speed of these proceedings also relies on a move by the legislator to shorten judicial review in these cases: Pursuant to Section 73 (5) GWB, the Federal Court of Justice is the first and last instance for proceedings of this kind. Andreas Mundt likes this, as he also told Deutschlandfunk (“it is a blessing”). He said that the Facebook proceedings in particular had shown what happens when companies do everything they can to defend themselves against the decision of the Bundeskartellamt. In a way, this “frustration” is certainly understandable. After all, in addition to the main proceedings, which the Düsseldorf Higher Regional Court has in the meantime suspended for the purpose of referral to the ECJ, there were already two summary proceedings, each of which had also ended up at the Federal Supreme Court. On the other hand, Facebook is ultimately only making use of its procedural rights of defence. The activity report shows that Facebook has contacted the Amt for the purpose of implementing the enforceable injunction (which we had already speculated here – i.e. correctly).

Do you already know our collection of materials on the Facebook procedure? This way!

Incidentally, the four GAFA procedures are managed by four different decision-making departments: B6 (chair: Julia Topel), of course, stays on the Facebook portfolio, B7 (Katharina Krauß) is in charge of Google (while the Google News procedure is run by BV (Carsten Becker)). Amazon, as is well known, is handled by B2 (Felix Engelsing), Apple by B9 (Birgit Krueger). It can therefore be expected that there will be considerable 19a knowledge across the Bundeskartellamt. The Amt has not received any new staff for this, Mundt said.

When asked by D’Kart, Office spokesperson Kay Weidner, who also led the press conference with his usual aplomb, explained that there are currently no proceedings pending at the Office under other new digital rules from the reformed competition act: Section 20 in particular, with its extensions, remains (as traditionally) a matter of private enforcement – and indeed there has been a first injunction at the Berlin Regional Court based on Section 20 para. 3a, the anti-tipping paragraph.

The ECN on the draft DMA

Parallel to the press conference of the Office (via Zoom, by the way), the European Competition Network (ECN) published a paper on the topic of the Digital Markets Act, DMA. As a reminder, the ECN is the network of National Competition Authorities (NCAs) and the European Commission. In its paper, the NCAs first welcome the draft DMA, especially on substance. However, they demand to be involved in the enforcement of the DMA. This was not foreseen in the Commission’s draft and also in the Schwab Report (we reported). Rather, the European Commission wanted to reserve the enforcement for itself. According to Schwab’s wishes, the NCAs should only be represented in an advisory body and, among other things, issue non-binding opinions for the Commission.

The NCAs essentially justify their demand with the considerable burden that the DMA will place on the Commission. Although the obligations are ex-ante and self-executing, many proceedings must be expected. Thus, it will often not be easy to determine whether a gatekeeper has violated its obligations under the DMA. It is for these types of proceedings in particular that the NCAs consider their involvement necessary and also profitable. For readers of this blog, the demand is not entirely unknown: Rupprecht Podszun, Philipp Bongartz and Sarah Langenstein have been drumming for the involvement of national competition authorities in DMA enforcement for a long time (e.g. in their DMA paper for the European Parliament).

The NCAs would like to see a mechanism of competence as we already know it from Regulation 1/2003 and the Merger Control Regulation. Essential powers should remain with the Commission, for example the designation of gatekeepers. Other “smaller” procedures could, however, also be carried out by the NCAs. This would not only save resources of the Commission, but could also make more sense in terms of content in some cases, e.g. if a central platform service is mainly active in one member state. In general, the NCAs see the danger of contradictory decisions, inefficient use of resources and overlong procedures at the Commission. The NCAs should therefore always be able to investigate, on the one hand ex officio, but also at the request of the Commission. In this way, the Commission would remain in charge and could conduct each procedure itself as desired, but would be considerably relieved in other cases.

As an aside, the NCAs emphasise the importance of commitments in antitrust practice. Schwab’s report has just called for the removal of commitments from the DMA (see our report).

All 27 heads of the competition authorities (no UK representative anymore, obviously) are jointly writing a paper in which they demand to get a piece of the pie that the European Commission has so far served up for itself. That is a strong signal. Is this a tangible fight between the national competition authorities, who see their best cases floating, and an overly centralised Directorate-General for Competition (DG COMP), which looks enviously at the successes of the Bundeskartellamt, Autorité de la Concurrence & Co.? At first glance, the paper seems like an affront with the Commission. After all, the NCAs probably expressed their wish to be involved at the beginning, but the Commission did not listen.

Our diplomatic gut feeling, however, tells a different story: at the meetings of the heads of the national authorities in the ECN, there is always a representative of DG COMP, typically the Director General himself, i.e. Olivier Guersent. It is doubtful that there would be an open break with the Commission in this body, which would manifest itself externally in a paper that DG COMP must take as an open challenge. As self-confident as personalities like Andreas Mundt and Isabelle de Silva are, they are also clever and moderate (Bloomberg recently called Mundt a “mild-mannered president”). Suspicion: This letter even plays into DG COMP’s hands. At least that is what Margrethe Vestager hinted at, the day after it was published.

The background to this is the distribution of responsibilities: Who should be responsible for enforcing the DMA within the Commission? DG COMP, which is also responsible for competition law and reports to Vice-President Vestager, should be considered first. According to the logic of the DMA, however, this is not antitrust at all, but internal market law. This could speak for a competence of DG CONNECT, which, however, does not report to Ms Vestager, but to the power-conscious French Commissioner Thierry Breton. In the Haucap/Podszun podcast “Bei Anruf Wettbewerb”, Andreas Schwab advocated the establishment of a unit (he called it a “Directorate General”) between DG COMP and DG CONNECT.

Perhaps at least the ladies and gentlemen in the Tour Madou, the seat of DG COMP, will be pleased with the NCAs’ demand that the ECN also be used for the DMA. After all, it would make sense for this to be done under the auspices of DG COMP, which is already part of the ECN. The ECN paper also assumes, as a matter of course, in paragraph 31 that DG COMP will be responsible for the DMA. From Ms Vestager’s point of view, the involvement of the NCAs is possibly a price gladly paid if in return her DG COMP becomes in charge of the DMA. So far, however, the whole thing is not much more than speculation. It is fuelled by a speech by Vestager on 24 June in Florence. There, she already echoed parts of the paper when saying that “Remedies are also a vital part of our proposal for a Digital Markets Act (…)”. The rest of her talk in Florence (which began and ended, appropriately, with Dante), sounded to the ears of Politico’s Simon Van Dorpe, as a “pitch to leave DMA enforcement in the hands of DG COMP”. Reassuring, at last: antitrust lawyers stand together.

Philipp Offergeld is a researcher at the Chair for Civil Law, German and European Competition Law at Heinrich Heine University Düsseldorf and a doctoral student with Prof. Podszun.