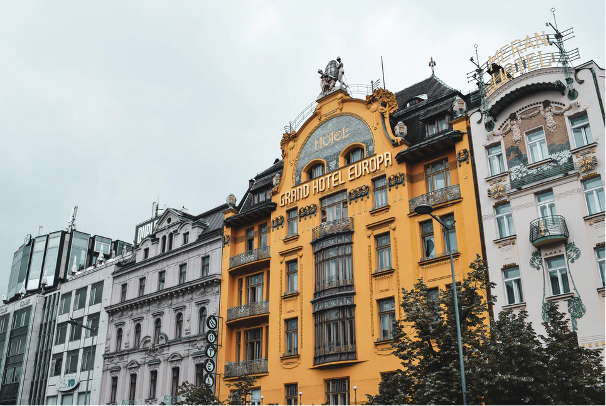 Almost a year ago, the Düsseldorf Higher Regional Court (OLG) caused a stir with its booking.com decision. D’Kart had reported on it here. In its ruling of 18 May 2021, the German Federal Supreme Court (Bundesgerichtshof) ruled on the Bundeskartellamt’s appeal and once again overturned a decision by the Düsseldorf Higher Regional Court. Adrian Deuschle reports on the decision from Karlsruhe.

Price parity clauses or most favoured nation (MFN) clauses are a hot topic in the digital economy: In 2012, the Bundeskartellamt began investigating wide and narrow MFN clauses on hotel booking platforms. The German competition authority was not alone, but it was particularly strict. The divergence of national decision-makers on this topic within the EU was seen by some observers as a terrifying example of the disagreement in the digital single market. After all, with the latest Bundesgerichtshof decision, MFN clauses are no longer an issue for active cartel investigations, but rather for cartel damage claims.

The Bundesgerichtshof had to decide in this case on the compatibility of narrow MFN clauses with Art. 101 TFEU. With narrow MFN clauses, hotels are at least allowed by the platform to offer more favourable conditions on other platforms and offline distribution channels – yet not on their own websites. (The even more far-reaching obligations, so-called wide MFN clauses, had already been prohibited by a final judgement). The Bundeskartellamt had also seen the narrow version – no competition to the booking platform via the own website – as a violation of Art. 101 TFEU or Section 1 GWB and Sections 19, 20 GWB.

The decision of the Bundeskartellamt was overruled by the Düsseldorf Higher Regional Court. The Court essentially based its decision on the ancillary-restraints-doctrin (German: Immanenztheorie) according to which there is an unwritten exception to Art. 101(1) TFEU (and also § 1 GWB) stating that such restraints that are necessary for the implementation of a contract (i.e. immanent to the contract) that – apart from this – is neutral for competition, do not fall under the prohibition. In the view of the Düsseldorf Higher Regional Court, the best price clauses were necessary to prevent free-riding of consumers, who have noticed the hotel on the platform but make their booking on the hotel website. After the Bundeskartellamt appealed the ruling, the Bundesgerichtshof had to decide on the matter.

No referral to the ECJ

In this case, a referral to the ECJ would have been possible on the question, whether narrow MFN clauses can be classified as necessary ancillary restraint that do not fall under Art. 101 TFEU. Some European competition authorities, in contrast to the Bundeskartellamt, have accepted narrow MFN clauses as lawful (whereupon in some places – to protect the domestic hotel industry – legislators took action and declared MFN clauses illegal). Since there is disagreement about the interpretation of Art. 101 TFEU as part of EU law, the ECJ could have decided in the end. But for the time being, the ECJ is busy with the Facebook case – so the BGH has settled this case itself.

The decision of the BGH

The full text of the decision is not yet available, but some conclusions can already be drawn from the court’s press release. Unlike the Düsseldorf Higher Regional Court, the Bundesgerichtshof considers narrow MFN clauses to be unlawful under competition law. The agreement does not constitute a necessary ancillary restraint to an antitrust-neutral contract, which is why the ‘Immanenztheorie’ is not relevant. This already follows from the fact, so the judges say, that Booking.com was able to further strengthen its market position even after abandoning the use of narrow MFN clauses, according to the Bundeskartellamt’s investigations. This means that free riding is of minor importance for the platforms. The Düsseldorf Higher Regional Court classified these investigations in its assessment as “not statistically reliable due to their small number” (para. 77). If the Bundesgerichtshof had followed the Higher Regional Court, this could have opened the door to more and more new cases claiming the ancillary restraints defence. This decision puts an end to that.

If the narrow MFN clauses cannot be seen as an ancillary restraint, the question arises how to proceed: Prior to the decision, it was speculated that the Bundesgerichtshof would not follow the path via the ancillary restraints defence (which certainly raises concerns, as a softening of the cartel prohibition by case law) and send the case back to the Düsseldorf Higher Regional Court, so that a decision could be made based on Article 101 (3) TFEU. In its decision, the Düsseldorf Higher Regional Court did not even refer to Article 101 (3) TFEU. It seems the Cartel Senate of the Bundesgerichtshof did not consider a return to the lower court as necessary. At the end, the Bundesgerichtshof apparently did not want to miss the opportunity to take its own decision after MFN clauses have been bothering the institutions for some time.

Within the framework of Art. 101 (3) TFEU, the pro-competitive aspects of the agreement had to be weighed against the anticompetitive effects. A block exemption according to Art. 2(1) of the Vertical Block Exemption Regulation was out of the question due to Booking’s market shares (over 30%). It is no secret that individual exemptions are rare, especially with high market shares, and this ruling makes no exception. Hotel booking platforms are indeed a fine thing – the choice for consumers is increased, hotels reach more customers. However, narrow MFN clauses were not necessary for this. The free-rider problem that Booking.com had identified (customers find the hotel via Booking, but then book it on the hotel website) would not seriously challenge the efficiency of the platform “according to the Bundeskartellamt’s investigations and Booking.com’s pleadings”. Rather, the platform-independent online distribution of the hotel – and thus free competition – would be endangered by the agreement. The press release indicates a certain scepticism and very careful scrutiny towards the idea that a very successful platform company has to stop the alleged free-riding of its small customers. Is this a strong dampener on the free-riding argument in multi-sided markets? Simonetta Vezzoso had already thought about this in 2016 at the ASCOLA conference and had concluded that the classic efficiency arguments do not fit easily in the digital space. After all, preventing free-riding is the first topic in the European Commission’s Vertical Guidelines (still in force) under the heading “Positive effects of vertical restraints”.

Booking had abandoned the use of narrow MFN clauses during the current proceedings anyway. In this respect, it is now clear – narrow MFN clauses are not coming back. The decision comes just in time for the first hotel openings and the much-awaited holidays from the pandemic: If you still want to book something for your Pentecost holidays, it is best to ask at the reception desk (if anything has already opened its doors). This is how the price parity cases once started – with a trip by Andreas Mundt, President of the Bundeskartellamt, who wanted to spontaneously extend a hotel room at Lake Chiemsee. The hotel felt bound by the prices it quoted on booking.com’s competitor HRS – and Mundt, investigator on holiday, sensed a case. That was about 10 years ago, as can be seen from this newspaper article.

In future, platforms will probably have to live with the free-riding and include this economic risk in their pricing. Additionally, Booking could be threatened with cartel damage claims by hotels. To what extent such damage can be quantified in practice remains to be seen. With regard to the wide MFN clauses prohibited since 2015, the German Hotel Association has already collected claims for damages. It is said that an agreement has already been reached with HRS for compensation of 4 million euros for 600 hotels. It could be that they have to offer more now – with the ban of narrow MFN clauses. Good night, MFN clauses!

Adrian Deuschle is a trainee lawyer at Cologne Regional Court; he was a research assistant at the chair of Prof. Dr Rupprecht Podszun at Heinrich Heine University in Düsseldorf.

The decision in favour of Booking.com is also the topic of episode 17 of the podcast “Bei Anruf Wettbewerb” with Justus Haucap and Rupprecht Podszun.