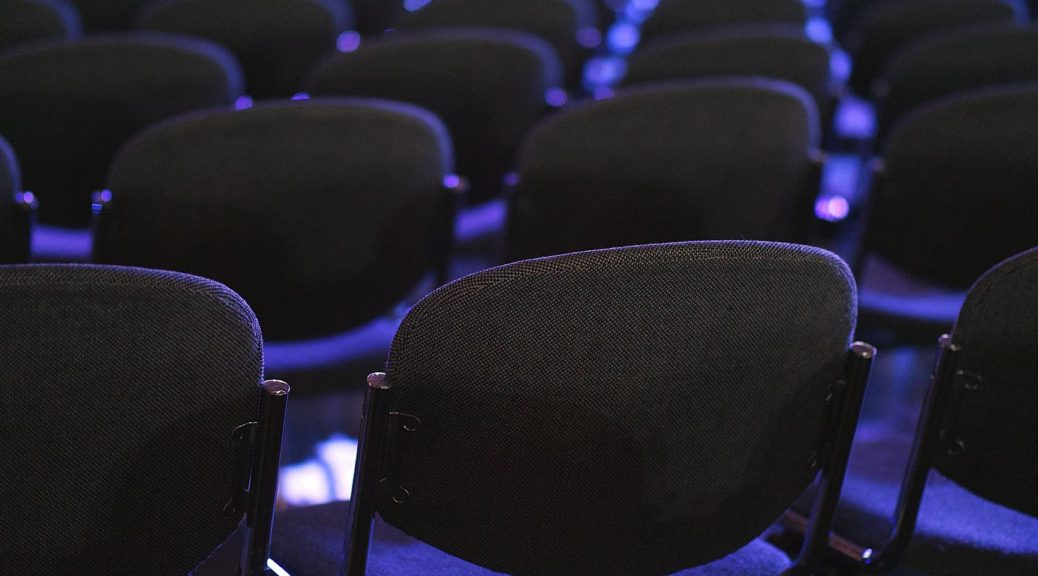 A few days ago there was a conference on competition issues that was not cancelled. Hooray! In Berlin, the competition working group of the renowned German economists’ club “Verein für Socialpolitik” met. Prof. Dr. Andreas Polk was on site and reports for D’Kart about the last meeting of its kind for some time…

This year’s meeting of the Competition Working Group, which traditionally meets before the Economic Policy Committee of the Verein für Socialpolitik, was not yet entirely dominated by a Mexican brew. But Corona was already wafting through the room: shaking hands was replaced by understanding smiles, and some participants were already afraid to pick up their neighbour’s highly toxic pen. All in all, however, everyone remained exemplarily calm and relaxed, the atmosphere was pleasantly concentrated. So let’s deal with the two main topics of the conference, EU reforms on vertical and horizontal restraints and – surprise surprise! – the 10th amendment to the German competition act (GWB).

Name of the event: Meeting of the Competition Working Group of the Verein für Socialpolitik

Audience: Approximately 20-30 professors from the field of competition policy (all male plus one female junior academic)

Part 1: The amendment of the GWB

The meeting started with an introduction to the 10th amendment of the GWB by Dr. Thorsten Käseberg, head of the competition unit in the Federal Ministry of Economics and Energy. He gave a very nice overview of the current state of the reform, which however has already been sufficiently presented in this blog. For the Newbies in short: The current draft of the bill provides for numerous changes. Most notably are innovations in abuse control and changes for merger thresholds. Here is a brief – and above all not complete – overview.

– New version/addition of the “essential facilities doctrine” in section 19 (2), including the idea of data access;

– Protection against relative market power is no longer limited to small and medium-sized enterprises in section 20 (1);

– Danger of tipping becomes a ground of action for section 20 (3a);

– and of course the new section 19a, which addresses undertakings with paramount significance for competition across markets and which provides for a reversal of the burden of proof.

– Possibility for the Bundeskartellamt to request notification from certain companies even with a lower threshold (section 39a GWB).

Regular readers of this blog are probably more than familiar with these changes, so that further explanations are omitted. Among other things, the question of how the number of cases at the BKartA would change due to the modified merger notification thresholds was interesting. This question only came up later at the meeting of the Economic Policy Committee (at a time when Dr. Käseberg was already back at his desk in Scharnhorststraße and therefore could not give an assessment). Nevertheless, the participants looked at each other with questioning interest, because they did not know any official figures on this. According to rumours, a decrease in the annual number of cases in the order of 200-300 is expected, which still leaves a stately 1,000 cases per year for the authority on the Rhine.

With regard to the effects of this regulation and its future assessment, two aspects were discussed:

– Certainly positively, case-economies play a role: the lower number of cases reduces the workload, so that staff can devote more time to interesting and important cases.

– It remains to be seen how many relevant cases will now fall out of focus. It has been stated that these will probably be mainly cases that are terminated in the first phase with commitments from the companies involved. But to what extent? We do not know, but we trust the legislator to have chosen the new thresholds carefully.

Note 2: The attempt to place the current GWB reform in a historical/global context was also a nice one. Here keywords on Hipster Antitrust or Lina Khan were found, but Walter Eucken and Jean Tirole were also mentioned (both of which do not need to be linked here).

Note 3: Also very nice: the various references to the various studies, which had been studied attentively in public administration. Here not only the report of Schweitzer/Haucap/Kerber/Welker is to be mentioned, which in many aspects has been (or will be) included in the new GWB amendment. Various talks referred to the reports from Furman or Crémer/de Montjoye/Schweitzer. This may point at a wider desire to include scholarly advice into law-making. If (not without reason) a greater involvement of the research community in political decision-making is asked for, the Ministry has already left a good impression with this amendment.

Finally, a small goodie, since it is interesting what has not been included in the current amendment. Question: What does this picture point to? (German soccer fans may have their go!)

Right! Killer acquisitions are not an issue in the current amendment.

From a research perspective

The meeting continued with contributions from researchers who are strongly involved in political practice. Wolfgang Kerber from Marburg gave a nice overview of the state of the art in data and market power, and Achim Wambach (Monopolies Commission, ZEW) presented interesting facts on market concentration and relative price mark-ups.

Kerber subdivided the questions of data power into questions of information power and market power. Information power can always arise where information is unequally distributed (“asymmetric information”). In a static context, this could be, for example, the much feared but so far only rarely observed form of individual price discrimination, but also unequal power relations between companies and consumers (keyword: manipulation of search results, self-preferencing or rankings). Of course, the dynamic perspective is also thrilling: To what extent can data handling lead to market foreclosure & tipping, and how does leverage work (i.e. the transfer of market power on one market to neighbouring markets, which can also be upstream or downstream)?

This led straight to the central issue: How to deal with it? Here, of course, we come back to the 10th amendment, as it contains innovations on the topic of data and data access. The questions can certainly not be solved in one fell swoop, so here as a mini-service is a basic classification of central questions:

1. who owns data in the first place (question of “ownership rights”)?

3. What incentive effects do various access or regulatory requirements have, especially with regard to innovation and competition (question of effect)?

To quote a colleague from Düsseldorf: “Future doctoral students are always pleased when they find a lot of material.“

After all these important, but also confusing topics around competition, data, GAFAs and the GWB amendment, the participants were allowed to clear their heads with another related topic: Do we really observe constantly rising price mark-ups and an increase in market power over time? And if so, what are possible causes? These questions, which have caused a stir with interested people for some time now, can be traced back to research work by De Loecker, Eeckhout and Unger, just published in the QJE. Tendency: We see rising price attacks, but these are mainly driven by a few companies, the median mark-ups have hardly changed. Does this also apply to Germany and Europe?

With this cliff-hanger, we could of course now go into looking at the research yourself (now that the virus gives us some time for reading) (e.g. the paper by De Loecker et al. or the website of the Monopolies Commission). But of course I do not want to let you go quite like that. In short: The picture currently emerging in Germany and in other European countries is mixed. While the development of concentration in Germany (measured by the HHI by four-digit economic sectors), but also the average price mark-ups remained more or less constant over the last decade, for other countries (e.g. Switzerland, Denmark, and to some extent Italy) there has been an increase in price mark-ups from 1980 to the present.

It is questionable what is driving these effects. Some explanations around are an increase in intangible assets (if the cost structure changes from variable to fixed costs, the reported price mark-ups increase when prices remain constant), the role of increasing digitisation, a weaker diffusion of innovation, an enforcement deficit on the part of the antitrust authorities, or increasing corporate links between institutional investors. Which brings us back to competition policy with the last two points…

And here is from practice

The nice thing about the Competition working group is that the academic world doesn’t want to shield itself from practitioners. So this year, too, there were again several speakers from the world of practice who commented on the current amendment from their respective perspectives and greatly enriched the discussion. Jörg Karenfort, Partner at Dentons Europe LLP, commented on the amendment from a legal perspective, particularly in light of the positions of the German Studienvereinigung Kartellrecht (the German antitrust bar association). He also raised the question of what effect raising of the second domestic turnover threshold in section 35 GWB and the minor markets clause in section 36 GWB will have. It may be too restrained so that it will hardly have any practical impact? Michael Menz from retail platform Zalando spoke about the challenges for digital platforms from a business perspective. From his point of view, new challenges for market definition arise (does the shop around the corner compete with digital companies?), but his company also focuses on the topics of data access and data cooperation. His plea for binding rules is understandable, companies need legal certainty. He backed the interesting idea that market power should perhaps be measured less by market share and more by the time spent on certain websites (“total consumer time”). Time will tell what happens!

Part 2, but only briefly here: The amendment of the EU Horizontal Guidelines and the Vertical BER

The second part of the meeting dealt with the revision of the horizontal guidelines and the vertical BER on the EU level. Christian Stempel, Division G1 at the Bundeskartellamt, introduced the topic (keywords: “safe-harbour” requirements, hardcore restrictions and examination procedures). Subsequently Andreas Gayk of Markenverband and Peter Schröder of Handelsverband Deutschland, two trade associations, gave their assessment of the amendments. Afterwards, a very interesting discussion unwound, which led to a flashback of about 20 years ago: Already during my studies in Heidelberg, we had discussed in detail in Prof. Siebke’s courses whether market forces should be suspended in favour of “special” goals. Replace “environmental protection” and “social standards” (then) with “public welfare” and “animal welfare” (today), and the debates are already strikingly similar. The participants largely agreed that animal protection, democracy and orientation towards the common good are of course important objectives worth protecting. The only question is whether they should be achieved by suspending competition. Not surprisingly, what view the majority of those competition economists in the room held.

Prof. Dr. Andreas Polk is Professor of Economics, especially Industrial Economics, at the Berlin School of Economics and Law. He deals with questions of competition policy and regulation as well as the analysis of lobbying.