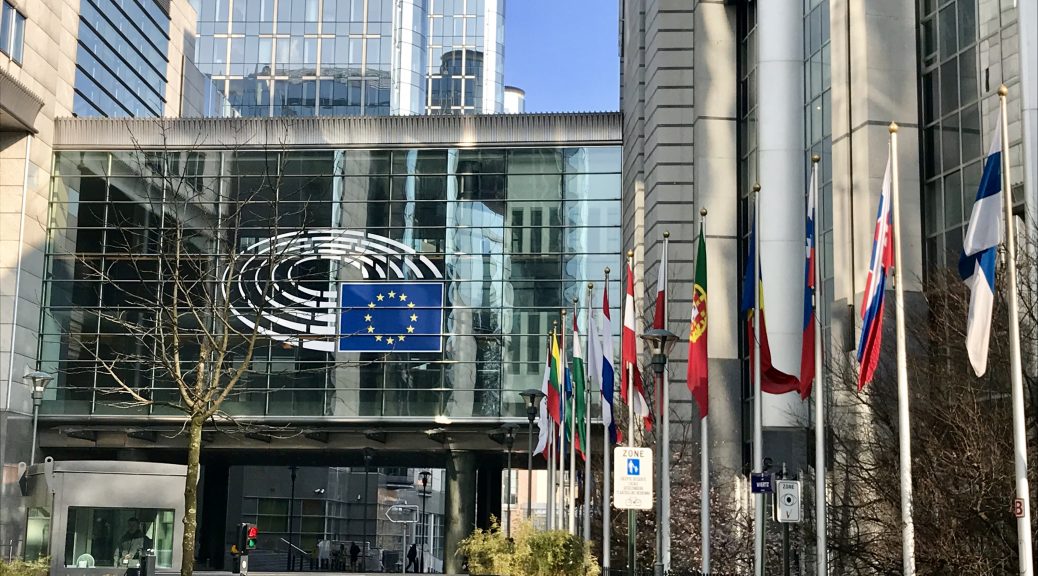 European champions and a relaxation of competition law are again being discussed in Brussels. Manfred Weber and Esther de Lange from the EPP group in the European Parliament have sent a letter to Commissioners Margrethe Vestager and Thierry Breton, published by Politico here. D’Kart asked Dr Andreas Schwab for a statement – he is a colleague from the same group as the authors of the letter and a competition lawyer who is well versed in regulatory policy.

Globalization is gaining momentum these days: the corona virus not only highlights the vulnerability of global supply chains, the crisis also shows how CO2 emissions in China have been reduced in the short term. And all this has been made visible through digital technology, which accelerates many processes enormously and enables transparency that was previously unthinkable. This propels us right into the topic that the European Union is currently dealing with: How can we defend Europe’s prosperity when the drastic measures of climate law, aiming to reduce Europe’s gross CO2 emissions to zero by 2050 (“Green Deal”), and at the same time globalization and digitization are causing considerable disruption to the European economy (the heart of our prosperity)? “Common sense” tells us that we cannot have everything at once. We need a strategy that provides companies with an environment to remain competitive in the future.

In this situation, Thierry Breton, Commissioner for Internal Market, has proposed to analyze the most important sectors of European industry, across all company sizes, in terms of their vulnerability to these challenges – and potentially to take measures to help affected sectors. For it is obvious that some sectors are more affected by a higher price for CO2 emissions, by digitization or even by the sometimes distorted global competition than others. Of course, this also raises the question of how competition law and the rules on state aid could help. Irrespective of the failed merger of Siemens and Alstom, the question still arises as to why so many people want “European Champions”. It is the desire to see European market leaders in a global economy once again! In recent years, however, market leaders have mainly emerged from the market, and not through government planning. There can therefore be no doubt that the principles of competition law and state aid law, as guaranteed by European law, must continue to be our yardstick in order to achieve a fair competition of companies, but also to achieve fair prices for consumers.

However, many questions do of course arise regarding the details. Given the many threats in cyberspace, would it not be desirable if the number of European telecommunication companies was reduced and if they were able to take and enforce more extensive decisions? This is an area in which the Member States still own significant shares. Decades ago, such shares made it possible for various national companies to build up Airbus, an undeniable success in a market, which was dominated by a US monopoly at the time. European law does not prohibit this kind of mergers, but in the practice of the European Commission’s application of the law in recent years they have become de facto unthinkable.

Therefore, in the interest of prosperity in Europe, it is a matter of asking such questions anew – possibly with slightly new answers in some cases! This does not, however, call into question the basic principles of our economic order; it is simply a matter of adapting them sensibly to the massive public demands for CO2 reduction, to digitization and to global competition with the USA and China.

In summary, it is not a question of loosening competition law, but above all of adapting the rules. The failed Siemens/Alstom merger raised many questions, but many of these questions have never been adequately answered. One question, however, seems to me to be necessary in this context: The revision of the guidelines on market definition by Competition Commissioner Margarethe Vestager must be carried out soon, and not only in 2022 as proposed by the Commission, because globalization and digitization have led to many processes being accelerated, so that markets are changing more quickly.

Secondly, we as Europeans finally need to create the legal rules that we need to have a level playing field for all market participants (“reciprocity”), especially in relation to China. Selling out the European economy to market participants that have been fed with state aid that would be illegal under EU law is definitely not our future prospect.

Lastly, the horizontal guidelines need to be adapted to allow European companies, through cooperation, to generate the efficiencies offered by digitization. Uniform European rules are necessary for this.

We definitely do not need a so-called “European ministerial permission” – this has already been of little help in Germany. At the level of the European Union, this would require a unanimous decision in the Council of 27 Economics Ministers, which can be largely ruled out in view of the different structures and interests involved.

Moreover, any kind of softening of antitrust law by vaguely formulated other objectives, such as “adaptation to the energy transition”, is not capable of winning a majority and is even dangerous. In this sense, the letter from the EPP Group cannot be interpreted in the sense of a turning away from European economic policy. Rather, we want the legal framework to be adapted swiftly so that our European companies can enter into a fair competition with full force. It goes without saying that further measures are needed to achieve this: The proposals for a genuine industrial strategy are therefore very welcome.

Dr. Andreas Schwab is a Member of the European Parliament and spokesman for the European People’s Party in the Committee on the Internal Market and Consumer Protection. Schwab is one of the most influential competition politicians in the EU Parliament.

One thought on “How the European Union can compete globally”