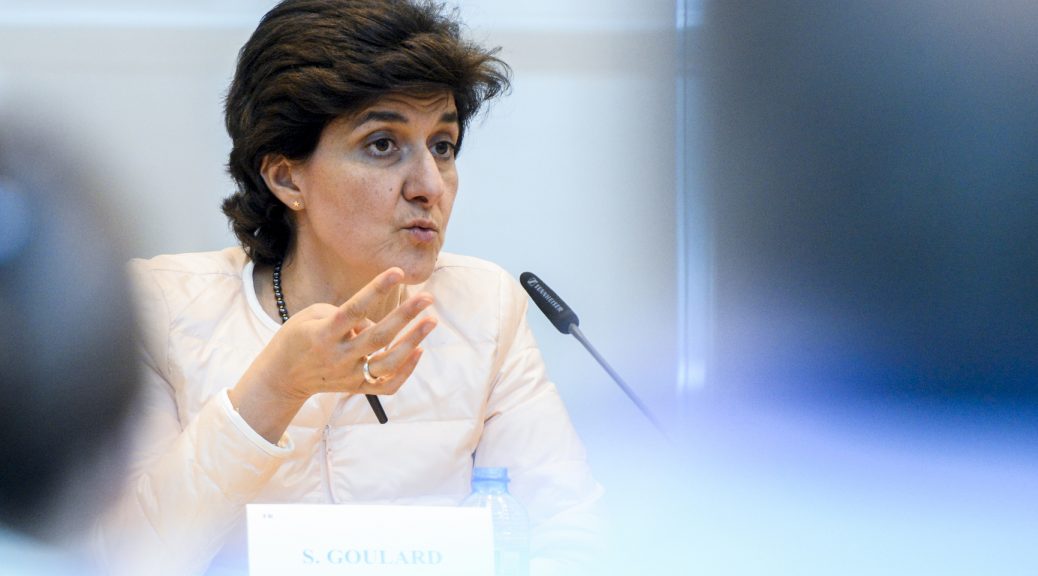 The competition community has seen with some joy the reappointment of Margrethe Vestager to the competition portfolio in the new EU Commission. While Vestager also secured the post as Executive Vice President for digital issues, there is another stronghold for economic policy in the Commission: Sylvie Goulard, nominated as Commissioner for Internal Market. We spoke with David Bosco, competition law professor at the University of Aix-Marseille, to learn more about a woman who is rumoured to become the most influential figure for economic decisions in the EU.

Congrats! Sylvie Goulard, the nominee for Commissioner for Internal Market, studied law at your university, Université Aix-Marseille. But that was just the start of a remarkable career, n’est-ce pas?

Yes! She graduated from our university – and, by the way, did you know that the current Interior Minister, M. Christophe Castaner, is a former student of our Institute of Business Law and sponsor of the 2019 class? We are so proud to be represented at the top of the French Republic! That said, Mme Goulard only stayed three years in Aix-en-Provence. She then studied at Sciences Po Paris, then the Ecole Nationale d’Administration (ENA), which she left in 1989. Her political career starts in the minister’s offices, as many politicians in France.

Then she worked at the Conseil d’Etat – our Supreme Court of Administrative Justice – in the 1990s before returning to the Ministry of Foreign Affairs. In the early 2000s, she worked alongside the President of the European Commission, Romano Prodi. She then became a Member of the European Parliament in the late 2000s and was very involved in her duties. She supported the candidacy of Emmanuel Macron in 2017, and she became Minister for the Armed Forces of his first government. But it was a lightning passage since she left the ministry only a month later as a result of a political scandal concerning her parliamentary assistants. Later, she joined the Banque de France, where she is still Deputy Governor, before being chosen by Emmanuel Macron to run for France as European Commissioner. Her political career is therefore honorable, but it cannot be said that she is a major political figure in France.

What do we know about Mme Goulard‘s economic ideas?

I’m going to disappoint you, or worry you, but it’s hard to get a very clear idea of her economic ideas. Mme Goulard is best known for taking a stand for a stronger Europe, for transcending national borders and a more integrated Europe. In the public debate in France, she has not really taken any significant positions on economic issues. That said, the positioning of her political party, the MODEM, places her at the center of the political spectrum. I’d say that she is a moderate social democrat, in short. Her involvement in the ECON commission nevertheless showed her interest in economic issues. Her personal website contains an “Economy” tab.

Some people expect Mme Goulard to be a very powerful counterpart to Margrethe Vestager in devising an industrial policy in Brussels. After all, she will head the DG Internal Market. France so far has often been perceived as dirigiste. Is that still accurate – or is it a cliché?

The Autorité de la concurrence is very dynamic and works very hard to foster the competition culture in France. But I must admit that, to my great regret, the political staff is usually Colbertist. Our elites are generally in favor of a strong political intervention in the economy. The positions taken by the French government following the Alstom/Siemens merger clearly showed this. Mme Goulard has the same background as most French politicians.

Do you expect her to push for a more protectionist industrial policy in the college of Commissioners?

It’s hard to say, she has not personally taken a position on this type of matter. But it would not surprise me if she pushes for a more dynamic European industrial policy, it would be consistent with her previous positions. At Science Po, or at the ENA or during her minister’s offices years, she evolved into a culture that was rather hostile to liberal ideas. But I must say again that I do not know exactly what her personal economic convictions are.

Indeed! She worked in the French team responsible for negotiating the reunification of Germany!

Do you think she will stand for a truly European perspective or will she primarily serve as the advocate of the French President in Brussels?

I am not sure that the two are irreconcilable. Emmanuel Macron was elected with a European flag in his hand and I think his European commitment is sincere. In any event, experience has shown that the French Commissioners represent above all the European interest when they occupy a political position in the Union’s institutions. It is clear that the French government wants to promote French “colbertism” style within the framework of the European Union. Mme Goulard may push the idea of an economic government of Europe. We will know it soon.

Before confirmation, there will be hearings in the EU Parliament. As you said, she resigned as a minister over a scandal regarding possibly fictitious employments at the European Parliament. Do you think her nomination could still derail?

I do not think so. There are reasons not to exaggerate the importance of this case: the European Parliament itself considered that the case is over, that we were dealing with “minor, non-systematic and unintentional administrative irregularities”. I think that Mme Goulard was right to resign for her defense (assuming she had a choice …) when one started to talk about this case in 2017. But the future has shown that there is not a state affair here.

Goulard will also be in charge of the former DG CONNECT, she will thus have a strong voice in the regulation of big tech. Do you expect her to set similar priorities as Margrethe Vestager who championed this field – and will have a coordinating role in digital policies?

Commissioner Vestager’s work has been praised in France. It was appreciated by the government despite the Alstom/Siemens case. Yes, I think that Mme Goulard will be in front line on the subject of the digital economy, it would be consistent with the ideas of the moment in France. And she’s also a woman of character!

Summing up – a good choice?

My Aix-en-Provence’s heart clearly says “yes”! But my mind says “wait and see”…

David Bosco is a law professor at the Université Aix-Marseille in France and was a director of the Institut de droit des affaires until June 2019. He was the host of the 2019 Annual Conference of the Academic Society for Competition Law (ASCOLA) in Aix-en-Provence. He has published widely in the field of competition law and is also the Directeur de l’encyclopédie «Juris-classeur Concurrence, Consommation» at Lexis Nexis.

The interview was conducted by Rupprecht Podszun.

3 thoughts on “Sylvie Goulard: A Commissioner to Watch”