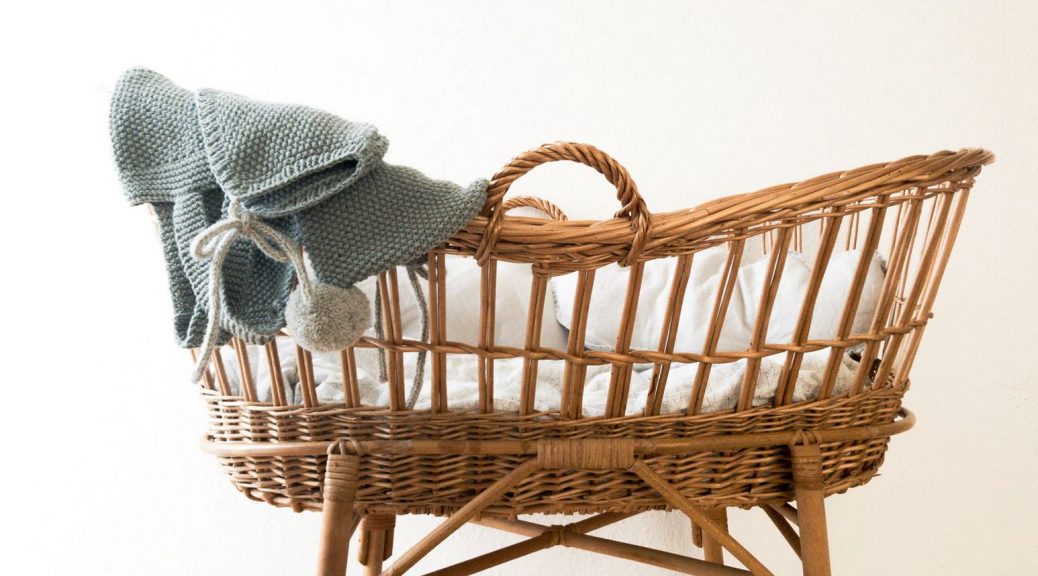 During Whitsun week, Germany is always a bit in a holiday mode – especially when the weather is as it is. Rupprecht Podszun, however, keeps an eagly eye in any weather, so that nothing gets lost from the antitrust world. In his SSNIPpets today you have a chance to win big– so give it a read! Here are the SSNIPpets – small but significant news, information and pleasantries – our pet project!

This is an English translation. You may find the German version by clicking the flag!

The Rehabilitation of the Brett Kavanaugh

Brett Kavanaugh is on parole with us. You may remember: He is that US Supreme Court judge who was accused before his appointment of, well, having been rude to a woman many years ago. While this was not clarified, his behaviour during his questioning in the Senate was such a mixture of annoying larmoyance, childish dogmatism and foul aggressiveness that civilized continental Europeans were inclined to think: Gosh! Nevertheless, he became a Supreme Court judge, in the name of TheDonald, and now he gave an opinion in an antitrust case.

And this opinion is a really good read! Ruth Bader Ginsburg and Stephen Breyer sided with him (the dissenting opinion – it was a 5:4 decision – was given by the other trump nominee Neil Gorsuch). The background of Apple v Pepper is Apple’s behaviour to demand 30 % (!) of the revenues from app providers if they sell apps via the iPhone App Store. There is a class action demanding damages for the violation of antitrust law: In a competitive market, so they claim, Apple would not have succeeded in enforcing such a “tax”. This is excessive pricing, so they say.

Apple v Pepper or: The discovery of exploitative abuse

The question that the Supreme Court had to decide on was: Do end consumers have standing at all for such a lawsuit or, as the precedent Illinois Brick from 1977 may suggest, is it up to the app developers to sue Apple? Kavanaugh & Co.:

“A claim that a monopolistic retailer (here, Apple) has used its monopoly to overcharge consumers is a classic antitrust claim.”

Well, we never doubted that. Kavanaugh continues by refering to monopolisation as set out in section 2 of the Sherman Act as if this was the most natural thing to do. I rubbed my eyes briefly while reading the decision, since I had been under the impression that people in the US saw claims for exploitative abuses as an aberration of those Europeans who still have remnants of socialist planning in their minds. Perhaps I should listen more to Supreme Court judges instead of chicagoized professors.

Without much ado, the basis is laid for holding Apple liable as a monopolistic retailer:

“By contract and through technological limitations, the App Store is the only place where iPhone owners may lawfully buy apps.”

A little later in the decision, it says relatively bluntly: Apple is a monopolist vis-à-vis consumers and a monopsonist vis-à-vis app developers.

Some praise for the lawyers

So can consumers sue? – Of course! It reads as if he had to explain to small children for the hundredth time why they have to eat an apple a day (it keeps the doctor away!). But there is also a reason for this explanation, namely a good bench on Apple’s side:

“All of that seems simple enough. But Apple argues strenuously against that seemingly simple conclusion (…)”.

Strenuous, I’ve looked it up in the Merriam-Webster, means energetic, dynamic, vigorous, vehement. I take that as a compliment for the guys from Latham Watkins, who represent Apple in this matter. In the end, it didn’t help, though:

“We decline to green-light monopolistic retailers to exploit their market position in that way. We refuse to rubber-stamp such a blatant evasion of statutory text and judicial precedent.”

It is so ordered. The case goes back to the lower courts, it was all about standing. As is not unusual, the dissenting opinion is also a good read, and that’s perhaps no wonder. The App Store is a platform with which we are still struggling conceptually. With Kavanaugh we struggle a tiny little bit less than before.

The air in Silicon Valley is getting thinner anyway from an antitrust point of view. Google apparently now offers a selection menu to meet the demands of the EU Commission. The authorities in the USA, not only the courts, are becoming more critical. FTC and DoJ are said to conduct antitrust investigations. However, as we do not know exactly know what to make of our transatlantic friends at present, we prefer to turn to a stronghold of stability and reliability: the United Kingdom.

The British Prime Minister announced in a speech at the opening of London Tech Week that she would implement the most exciting proposal from the Furman Report. The Furman Report, which Adrian Deuschle has reported on here, is the British report on how to reform competition law rules with a view to digitization. The authors had proposed a Digital Markets Unit – an institutional solution to circumvent the numerous material uncertainties. It will be there, says, hm, well, Theresa May.

Merkel and the question how to look at mergers

The German head of government also commented on antitrust law. She spoke to the Federation of the German Industry, the BDI. This was one of the duties that Chancellor Merkel was probably less keen on: It is said that economic policy is not her favourite subject anyway, BDI President Dieter Kempf approached her head-on, and then Merkel had to pronounce the name of the Estonian President, too. She immediately added that she hoped that the pronounciation was roughly okay-ish.

(There may be some subtext to this insertion (here at minute 7:30): Who is that lady again? After all, Mrs Kaljulaid recently had given an interview in German weekly “Der Spiegel”, and it made very plain how far Estonia had come in terms of innovation and digitization…)

But now Merkel on antitrust law (in my translation):

“I come back to the European champions and the question – and here we agree again – of how our competition law in Europe is regulated. If the market definition remains as it is, and if every potential competitor is asked whether he thinks it’s good if two others merge, and the judgement of this competitor is the deciding factor, and then it is said that there has not yet been any non-European interest in a certain sector and that would not happen in the next five years either, then one is sometimes surprised how judgements are made.”

This is about the prohibition of Siemens/Alstom, of course, and it’s about China. Fun fact: In 2006, Merkel’s economic advisor Lars-Hendrik Röller (a former Chief Economist) found in a paper co-written with Tomaso Duso and Damien Neven:

“In particular, there is no support in our data for the claim that “the Commission listens too much to competitors, at the expense of consumer interests”.”

Avid readers of this blog know that we have a soft spot for Johannes Laitenberger, the Commission’s Director-General for Competition. We therefore read the next news with one crying and one laughing eye: Laitenberger is going to leave his post in order to become a judge at the European Court. (The term of the German judge Alfred Dittrich comes to an end. Together with Laitenberger, another German judge, Gabriele Steinfatt, will join the Luxemburg ranks.)

Laitenberger’s departure from the world of competition as of September this year is regrettable (hence our tears). Our impression from the outside: As the “General” he manages the Directorate efficiently, is a very committed, if sober supporter of free competition, and keeps a sense of proportion in enforcing the rules. At first glance, Laitenberger, who is said to be one of the three most powerful Germans in Brussels, seems like that typical German lawyer (whatever that means), but you may also discover his funny side and his kindness. It’s a pity he’s leaving, but – and this is consoling – the Court needs good people, too.

Now for a competition: In Germany, it has become a new standard to have shiny-gliny names for new laws. For instance, if you introduce a law with changes to child care you call it “Gute-Kita-Gesetz” (“Good Childcare Act”). If you decide to strip refugees of some rights so as to be able to send them back to their home countries more easily, you call it “Geordnete-Rückkehr-Gesetz” (“Structured Return Act”). It is hard to give you the full flavour of this in English. This is marketing or framing, and it is misleading, manipulative, language-wise it is close to terror. It is childish, it makes you laugh, it makes you cry, and as a trained lawyer you just think: What the hell?!

But. We are made of sterner stuff, pragmatics, you know? So we take things as they are, and in our world today, you need good names for your rules. The next law that is coming our way is the 10th amendment of the German competition act, the “Gesetz gegen Wettbewerbsbeschränkungen” (GWB). Usually, we call this the “10th amendment of the GWB”. But you don’t win a prize with such a title in the news. So we need a better name with some appeal. Something like “The Fair Competition Act”. Yet, “Fair Competition Act” has already been given away to another law that deals with consumer protection issues. In expectation of the draft bill, we are looking for a name for this new law. And here we are counting on you, our dear readers:

Please write a name suggestion for a better name for the 10th amendment of the GWB as a comment under this post or send us an email to team(at)d-kart.de!

Yes, there is something to WIN: For the best suggestion we will hand out a D’Kart-T-shirt. Anyone may join this competition. The decision is made by the D’Kart-jury. Legal recourse is excluded. Let’s go!

As you know, there is a suspicion that employees of German car manufacturers, including BMW and Daimler, sat together in so many committees for years that they no longer had time to be innovative on their own. We perfectly understand this: My research is primarily paralyzed by blogging obliging me to serve in more or less pointless committee meetings. But that’s another topic.

BMW reminded us how competitive the car manufacturers are when Daimler CEO Dieter Zetsche (the guy who made sneakers and a walrus moustache fashionable in German management) departed from office. All the anger about leniency applications and such trifles have vanished. Competition is the driver of the German automotive industry! Take a look for yourself! I found it funny.

Have a nice weekend – and have some good ideas for our competition (in German, please)!