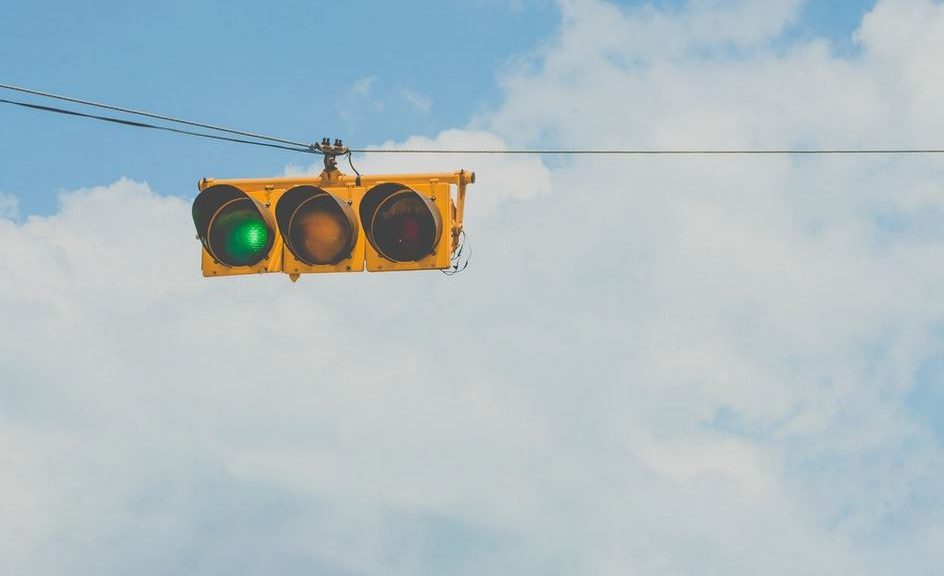 In Germany, we currently discuss speed limits, air quality measuring points and the reform of the the railway incumbent Deutsche Bahn. Mobility is oh-so-important, traffic lights on green. It looks, though, like there will be no getting through for the mega-merger in the railway industry. Yet, our racing reporter Rupprecht Podszun took a free ride ticket through the antitrust world, and here are his small but significant news, information and pleasantries – our pet project (SSNIPpets)!

This week I was close to joining Twitter. Leading professors recommend this: Research is all well and good, but it has to fit into 280 characters. My research associates, on the other hand, think we should go gramming on Instagram. That is the place to be. Like Buridan’s ass, I stood in front of two heaps of haystacks and decided: nothing. But luckily others fed Twitter. Joe Kaeser, for example! Joe is the CEO of Siemens, so he has all the time of the world for Twitter. He responded to a tweet from our esteemed Competition Commissioner. Margrethe Vestager, a guest at the European Congress of the German liberals, had written from there: “Since we love Europe, we want to change it”. And Kaeser replied: “Those who love Europe should shape its future and not lose themselves in backward-looking formulas. It must be bitter if you are technically right but do everything wrong for Europe”. Tommaso Valletti commented that it must be the first time that someone acknowledges that work done at DG COMP is “technically right”.

Kaeser’s bizarre statement reminded some of therealDonald who once was congratulated by Kaeser in Davos on his tax reform. In his tweet, Joe also linked the two ministers responsible for economics in France and Germany. I guess this is exactly what wins you the support of competition watchdogs. They love to be implicitly threatened with politicians… Not really an encouraging signal, btw, that Manfred Weber, who is preparing to become President of the EU Commission, joined Kaeser’s side.

At the Siemens Annual General Meeting this week, Kaeser recommended the introduction of a European ministerial authorisation for mergers that were banned by the Commission. Germany has such a tool in its competition act. Yet, Kaeser overlooks the fact that on the EU level, it is a political body deciding on mergers (the Commission), unlike in Germany, where an independent decision-making division of the Bundeskartellamt does so. Furthermore, the experiences with this tool were pretty nightmarish in Germany: Whenever the Minister granted an authorisation it proved to be an economic, legal and political failure.

There are two aspects of Kaeser’s intervention that may well deserve some attention. First of all, there had been repeated complaints in the run-up to the deal about market definition. I am not sure whether this really is the crucial problem in this specific case, but I increasingly get the impression that we are not doing ourselves a favour when we trust in market definition – not least in view of the convergence of many markets thanks to smartness.

Secondly, in the Siemens/Alstom deal, the elephant is in the room: China. Can we afford to force our companies to compete hard when Chinese companies are pampered by the state? This question is as old as it is wrong. My Düsseldorf colleague Justus Haucap has once again summed up our creed: “The protection of competition is the best industrial policy”. On the frequently quoted success model of European industrial policy, Airbus, Haucap writes that, well, it is inevitable that you sometimes even manage to hit a target when you shoot into the woods with a shotgun.

Peter Altmaier, the German Minister of Economics, does not seem to be impressed. He apparently wants to pursue a new national industrial policy strategy. The FAZ, a German daily, quotes him saying: “I explicitly disagree with the view that economic policy should be limited solely to the creation of a legal framework, without any active industrial policy”. In Germany, such a sentence activates the shrillest warning bells of all market-minded thinkers, it is a sacrilege to say it. In a paper from Altmaier’s ministry several companies are mentioned, including carmakers, Deutsche Bank and ThyssenKrupp, whose lasting success is said to be in the national interest. (If you hear a noise coming from Freiburg at the moment, it is probably the Freiburg Ordoliberals turning in their graves!) In parliament, Altmaier did not shy away from speaking in favour of “national and European champions” and of necessary adjustments in competition law. I wonder whether the members of the German “Competition Commission 4.0”, an expert panel that Altmaier asked for competition law reform proposals, heard the call.

I do not want to get away with some easy mocking. No government will ever limit itself to merely setting the framework conditions for economic activities. I think it is really right for a Minister of Economics to think about how the economy in his country creates jobs, comes up with innovations and produces in an efficient manner . But there are also red lines as long as you wish to stand in the shoes of Ludwig-Erhard-style market economy policies. I do not want to see a government attaching stickers to companies saying: “too important to fail”. The talk of “national champions” is irritatingly based on the assumption that certain companies today can still be clearly assigned to certain countries. And of course, speaking of national champions is about state care. And this is then translated into the approval of mega-mergers (while the track record of such mergers is really mixed). Let’s be honest: We should not promise clear-cut results from political activities. It is an illusion that – in a complex, globalised economy – we can still predict the outcome of political measures. Politicians may, well, set the right framework, and, please, in a very active manner: Promoting competition, education and research, facilitating start-ups, levying taxes fairly, providing an efficient legal system, etc. – you name it. Pablo Ibanez Colomo recently made a passionate plea on Chillin Competition that the competition law community should be “more vocal” when the rule-based system of competition control is fundamentally called into question. Done, Pablo!

I can already hear you panting: too much heavy industry stuff, too much politics in this blog, why don’t you do something nice for us on a Friday night, for example something with cute animals? Here we go: In the German competition law journal “Wirtschaft und Wettbewerb” (WuW) that I happen to co-edit we always have incredibly good, exciting, profound and inspiring texts (and I am sure competing journals (names of which I momentarily forgot) also have great contributions). Yet, there are some articles that I put an asterisk on. Those are the ones from authors who have something to say. And I mean: to decide. Firstly, such enforcers or judges usually do not write. Secondly, they always express themselves in such a way that one has to read between the lines. In WuW 1/2019, there is such an asterisked article by Felix Engelsing and Moritz Jakobs from the Bundeskartellamt. Their topic: “Sustainability and competition”. More and more often, Engelsing’s Decision Division has to examine the details of private self-regulation for labels in retail that tell you that this product was produced fairly or sustainably or animal-friendly (voila!). Companies join forces to enjoy looking at super-sweet pigs smiling happily because they end up shrink-wrapped in plastic foil in a supermarket refrigerated shelf for a few cents. In order to give pigs such a smile the retailers need to restrict competition, of course, there is no certification or label for animal welfare without that, you know… They would never be able to help the pigs on their own! According to Engelsing/Jakobs the infringements of 101 TFEU are justified with a “public policy defense”.

What follows in the article is not always very tasty, yet very interesting: They disclose to what extent the national competition agency is prepared to accept such considerations. The conclusion is quite surprising: Give us more cases! “The Bundeskartellamt is prepared to constructively support pioneering projects (…).” — When doing research for this little SSNIPpet, I came across supermarket offers for meat. You know we German are all obsessed with sausages anyway. Not me, though, and I simply have to recommend to you “Eating Animals”, the book by Jonathan Safran Foer. His father is the former head of the American Antitrust Institute, Albert Foer. So there is a link between antitrust law and vegetarianism. —

Talking about books: Germany has a tradition of presenting a liber amicorum as a birthday present to honourable scholars. It’s a rare occurrence though for antitrust law, and that is good, because these books take up a lot of shelf space, they are heavy to carry from the office to your desk at home, and again and again you forget whether Bundeskartellamt’s Konrad Ost’s essay on fining was in the “Festschrift” for Rainer Bechtold or for Cornelis Canenbley.

Now Dirk Schroeder turned 65. Happy birthday! As a lawyer, based in Cologne, but doing most of his work in Brussels, he is one of the greats, as can be seen from a glance at the cases mentioned in the preface to this celebration publication (where the authors also mention his penchant for the arts, including culinary art, and his scholar-style list of publications).

These authors are three not exactly unknown ladies – Advocate General Juliane Kokott, law professor Petra Pohlmann and Schroeder’s Cleary mate Romina Polley compiled the Festschrift publication, which Schroeder should provide with reading material for a while, 1033 pages, including some *-articles, by the way. (Guess what Konrad Ost wrote about.) Topics come from all areas of antitrust law, same goes for the authors. Most of it is in German, though. Since I have only read two and a half articles so far (including my own), it would be unfair to highlight individual chapters. Carry it home yourself!

Since Siemens/Alstom has almost been ticked off, we can concentrate on other things again, for example the Bundeskartellamt’s consultation on comparison portals. Oh, in this context: Cyril Ritter twittered about a dissertation in which apparently the judges of the General Court who served from 2004 to 2013 are ranked according to their expertise in antitrust law. A comparison portal for competition law judges, finally! At the top of the pops: John Cooke from Ireland, who, however, retired in 2008.

A case we are waiting for impatiently like kids for Christmas is the Bundeskartellamt’s Facebook case. Tension is at a boiling point for at least half a year! Some SSNIPpets on this: First of all, the Silicon Valley giants don’t seem to be harmed by the rather bad press lately. Cash is still okay. Secondly, the New York Times (admittedly some time ago) came up with the interesting observation that “big tech parents” are particularly tough on their children’s smartphone use. Subtext: They know why. Thirdly, concerns about antitrust interventions seem to be spurring the labour market. In the USA, so the FT writes, Facebook, Amazon and AT&T have hired “senior antitrust officials” from the US DoJ. This is uncommon in Germany. If you start working with the Bundeskartellamt, you usually stay there for life. Well, some leave, like yours truly, but it is hardly conceivable to have revolving doors like in the US or the UK. I actually quite like the idea of changing positions then and now, between private practice and government offices, academia, companies or courts. On the other hand, when I imagine Julia Topel who is currently in charge of the Facebook case would join Zuckerberg & facebookfriends next year… I don’t know… I would probably activate a Twitter account!

Have a nice, social-media-free weekend!