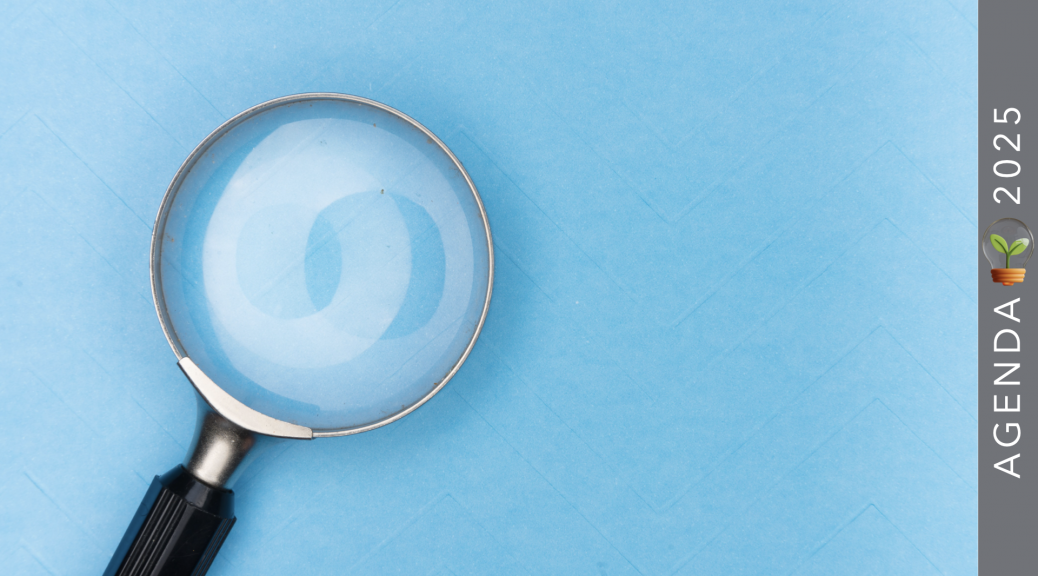 Information and disclosure claims were one pillar of the 9th amendment of the Act against Restraints of Competition (GWB). Gerhard Klumpe sheds some light on how effective those have been and where the legislator should consider adjustments.

The competition policy agenda of the Federal Ministry for Economic Affairs and Climate Action (BMWK) up to 2025, in its ten-point paper “for sustainable competition as a pillar of the socio-ecological market economy”, treats the aspect of antitrust damages actions, which is highly relevant in current court practice, rather shabbily. Only in the explanation to item 9 is a reform of the Cartel Damages Directive 2014/104/EUmentioned.

Cartel damages were already the subject of only minor corrections in the 10th amendment of the Act against Restraints of Competition (GWB), prompted by the case law handed down until then (see (in german) the overview by Klumpe in Bien/Käseberg/Klumpe/Körber/Ost, Die 10. GWB-Novelle, Überblick vor Kapitel 4, Rn. 2). This, like the Commission’s report of 14 December 2020, which considered an evaluation to be premature, inter alia, due to a lack of case material, should not obscure the fact that the need for further reforms is already openly apparent.

This is particularly evident with regard to the information and disclosure claims, which were introduced as one of the core points of the 9th GWB amendment in the course of the implementation of the Damages Directive in German law. The introduction of these claims, sometimes referred to as “discovery light”, which were previously unknown in this form to Germany and most continental European legal systems, was intended to solve the well-known problem of information asymmetry between the parties involved in cartel damages proceedings. In particular, potential plaintiffs were to be given an instrument to meet their burden of presentation and proof [Darlegungs- und Beweislast]. However, the performance so far has remained extremely limited, although many of the cartel damages actions currently pending before the courts would fall within the time frame of application drawn by § 186 (4) GWB.

One of the reasons for this is that the concept of disclosure claims in many respects fails to meet the needs of potential injured parties and is hardly usable in practice due to its specific design. In other words: The disclosure claims are proving to be a very blunt sword that is also difficult to wield.

The proverbial “any individual”, i.e. consumers or smaller companies harmed by cartels, do not benefit at all from disclosure claims. Due to limited financial and infrastructural resources, these potential plaintiff groups are regularly not in a position to evaluate larger amounts of data themselves for their legal prosecution and are unable to commission specialised law firms or auditors to do so at the hourly rate customary in the market. In addition, in their role as disclosure creditors under § 33g (7) GWB, they would have to bear the costs of disclosure, which would make the acquisition of information ultimately unaffordable for most potential cartel victims, especially since the legal concept suggests that the disclosure debtors should be granted a claim for an advance payment or at least a right of retention (see (in German) Klumpe/Thiede NZKart 2017, 332, 337). Finally, the fact that in many constellations the disclosure creditors also have to advance the costs of measures to protect secrets, i.e. in particular the activities of experts, which have been brought into focus by the 10th GWB amendment completes the picture.

However, this already leaves a large part of possible cartel plaintiffs out of the game, or put another way: not “everyone” can actually make use of § 33g GWB.

Another aspect that has so far been little discussed in the literature (the case law has hardly had the opportunity to comment on it) results from the way in which the information and disclosure claims have been structured as substantive claims – in a kind of overreaching implementation of the Directive.

As is well known, the substantive disclosure claim can be asserted both in isolation pursuant to § 33g (1) GWB and adjacent in the context of the damages proceedings within the meaning of § 89b (3) GWB in the form of a type of step-by-step action. In the case of the disclosure order, both lead to an independently enforceable title. However, according to general procedural rules, this raises the question of the wording of the claim or the exact wording of the executable order on the disclosure of the information, taking into account the protection of secrets for the court. In addition, in the not entirely unlikely case that the party liable for disclosure is obstructive, the problem of compulsory enforcement of the title arises.

Even though the wording is already pretty generous in § 33g (2) GWB (“if said party specifies the evidence as precisely as possible on the basis of reasonably available facts”) in comparison to the usual requirements of § 253 (2) Code of Civil Procedure (ZPO), the general rules of procedural law come into focus at the latest when drafting the executable order of the judgment, according to which the operative part must in principle be comprehensible and sufficiently clear on its own, so that it is clear to the parties and the enforcement bodies which information or evidence is to be disclosed, taking into account which secrecy measures. However, all of this can hardly be achieved in the judgement, because the court can hardly assess in particular how the protection of secrets would have to be designed in detail and to which of the information to be disclosed it must refer exactly. The entire concept of § 89b (7) GWB is also recognisably aimed at making this dependent on the individual case only in the context of the disclosure itself, i.e. downstream of the judgement.

Therefore, one will have to be content with a rather rough description of the information to be disclosed together with a reference to the fact that the protection of secrets is to be placed in the hands of an expert pursuant to § 89b (7) S. 2 GWB. However, this indicates that the legal dispute will continue in the course of the compulsory enforcement, with disputes then arising as to whether the disclosure of certain information/evidence is really covered by the operative part of the judgement, or whether any orders for the protection of secrets proposed by an expert are sufficient or too far-reaching.

As unpleasant as this circumstance would be in any case, it leads to results that were certainly not considered when substantive claims for information and disclosure were created, if one thinks through the procedure in the context of compulsory enforcement to the end:

For in the context of the compulsory enforcement of a title pursuant to § 89b (3) GWB for the disclosure of material evidence, it would ultimately be the Gerichtsvollzieher who would have to search, as it were, for this evidence, for example certain electronic documents. Although it is permissible for the Gerichtsvollzieher to make use of suitable assistants – i.e. corresponding experts – he is unlikely to be in a position to find the “right” data even with expert support without constant feedback from the adjudicating court and, in addition, to ensure the necessary protection of secrets in a suitable manner.

Unfortunately, with the exception of the enforcement of claims for information, which it has to carry out itself according to § 888 ZPO, the adjudicating court no longer has any role to play here. For if the surrender of data or evidence were to be enforced, this would have to be done in accordance with § 883 ZPO. However, all objections against the action of the bailiff, be it the question whether certain data are covered by the operative part of the judgment, be it with regard to the implementation of the protection of secrets with the help of an expert or in any other way, would have to be asserted via § 766 ZPO and would fall under the jurisdiction of the local court as the court of execution according to § 764 ZPO. It is obvious that this hardly makes sense and that the substantive conception of disclosure claims is thus a misconstruction.

Put another way: The sword, which many potential plaintiffs cannot grasp anyway, is also blunt and unwieldy.

Admittedly, there is also the option of a court order to produce records or documents pursuant to § 89b (1) GWB in conjunction with §§ 142, 144 ZPO within a pending action for damages, in which the court conducting the cartel proceedings would retain control. However, in view of the traditional rules of civil procedure, this option comes too late, as it does not help the plaintiff to fulfil his burden of proof, within the framework of which he will often enough have to rely on further information available only from the other side for a conclusive claim, even in the follow-on case. This applies in particular to the questions of the origin of the damage and the amount of the damage, but sometimes also when it is a matter of explaining the acquisition processes themselves, for example across several market levels.

If the current conception of disclosure claims therefore turns out to be unsuitable for overcoming the asymmetry of information in cartel damages proceedings, two approaches remain to turn the asymmetry into a symmetry beyond the already created statutory presumptions of §§ 33a, 33c GWB, especially in the area of the amount of damages:

A first approach would be in particular the introduction of a presumption of the amount of damage. Other EU member states, namely Hungary, Latvia and Romania, are already doing this (vgl. Klumpe).

A second, much more far-reaching, but also more effective approach would be to continue along the path begun with the possibility of a referral order under § 89b (1) GWB. For this option, tasked with the protection of secrecy to be guaranteed by the court anyway, already includes a not to be underestimated turn towards official investigation [Amtsermittlung]. This path could be taken further by creating a separate code of procedure subject to the principle of official investigation – supplemented by the parties’ duties to cooperate.

Such a procedural order, the blueprint for which could be provided by the Spruchverfahrensgesetz, which is characterised by similar problem constellations (see Kersting, Agenda 2025: Reform of Cartel Damages Law, d’kart), could be implemented quite easily in the procedural provisions of §§ 87 ff. GWB. In this respect, the ideal solution would remain the grand design in the form of concentrating all damages proceedings relating to a cartel in a single court of first instance.

It remains to be said that the “discovery light” de lege lata has failed, at least on the cost side and also in its procedural elaboration. In view of the great practical importance of antitrust damages proceedings, the revision of these provisions or the work on a reform of the Damages Directive should not remain a subordinate item on the 2025 agenda.

Dr. Gerhard Klumpe is a presiding judge at the Regional Court of Dortmund and also lecturer at Heinrich-Heine-University of Düsseldorf.