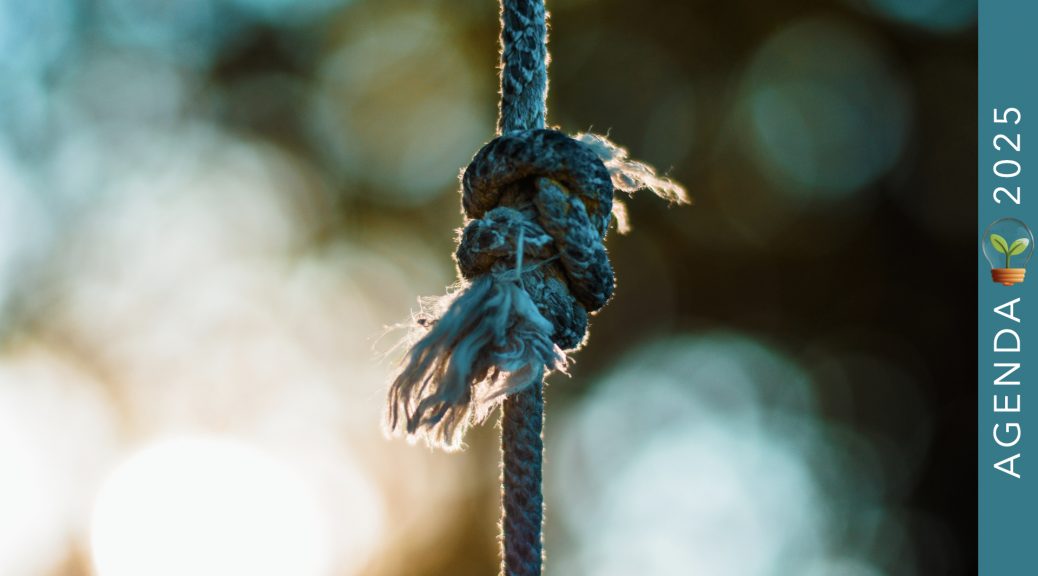 In item 9 of the agenda, the BMWK announces that it will advocate in the long term for an abuse-independent unbundling option at the European level as a last resort in entrenched markets. Juliane Mendelsohn addresses this recurring topic.

Amidst a war and still meandering through a pandemic, the (new) Federal Ministry for Economic Affairs and Climate Action has taken on the third great challenge of our time: to adjust our economic order towards one that is more in tune with digital reality, fairer, more sustainable, and perhaps even less concentrated… Looking at the history of German competition policy, the long term commitment to establishing mandated unbundling as a ultima ratio at the EU level is hardly surprising and yet the digital reality itself may be writing entirely new parameters of this debate.

The history of divestiture (German version)

The debate on the introduction of mandated unbundling is no foreigner to German competition law and has featured several amendments since the first introduction of the German competition law act (Gesetz gegen Wettbewerbsbeschränkungen, GWB) in 1958. In fact, German competition law or “cartel law” (Kartellrecht) succeeded a landscape of cartels and the divestiture of war time industry giants such as IG Farben. While these break-ups had political reasons and sook to eliminate Germany’s war potential (II. B. Protocol Potsdam Conference, 1945), much of the legacy of the European social market economy find its impetus in these, which, as Jens-Uwe Franck and Martin Peitz write, served as “a powerful beacon to herald in the new paradigm of guaranteeing competition by means of regulatory intervention – if necessary, also by intervention in the market structure.”

At the dawn of the GWB and of ordoliberal thinking the “Josten Entwurf” of 1946 included the unbundling of powerful entities (Machtgebilde) along the lines of previous mergers or where separable economic entities could be identified.In the late 1970’s the academic and political debate re-emerged: Under the auspices of Erhard Kantzenbach, the German competition scholar, Werner Möschel, weighted the pros and cons of unbundling and the 3rd special report of the German Monopokommission (an independent competition policy think tank) came out principally in favour of unbundling as last resort. The almost identical discussion returned with the (liberal) “Rhiel Entwurf” in 2007 and an amendment to introduce unbundling and other structural remedies was considered at length and ultimately supported by the Monopolkommission’s 58th report in 2010. While this proposal too was never written into law, it clarified the scope, rationale, and conditions for mandated unbundling, which took the shape of an instrument for a dominant or a group of dominant undertakings in a market of general economic importance where, for structural reasons, effective competition could no longer be established.

There are several reasons why unbundling never became a competition law tool: property rights concerns, technical complexities and the fear of lengthy and crippling law suits. The short history of German divestiture would, however, be incomplete without the mention of the unbundling of German energy giants (E.ON and later RWE) per commitment decisions of the European Commission in 2008 and the use of competition law remedies to achieve regulatory goals.

Beyond a couple of notable exceptions, it was not entirely clear which undertakings should have been broken in 2010 – the German post perhaps? This may be different today and the German Green party has been floating the idea of breaking up “Google & Co” (now Alphabet, alias Big Tech) since 2016 and this political rhetoric not quieted down entirely since.

This time is different?

While the current proposal to introduce mandated unbundling sounds like old rhetoric (or in German an old hat – “ein alter Hut”), it is set into a Zeitgeist filled with Angst over the power of Big Tech, an FTC that is pleading for the breakup of Meta (in its entirety) and a CMA that has ordered the divestiture of Facebook and Giphy as a remedy with “no alternatives”.

The Big Tech giants aren’t just large in any meaningful sense of the word, their size and reach go far beyond anything competition and antitrust laws have grappled with before. From Google Shopping to FTC v Facebook, competition authorities have had little problems establishing their super dominance in certain markets. But many Big Tech entities aren’t just dominant in one market or even across several markets, their power is far more far reaching and pervasive. Recent research on “modern bigness” ascribes social, political and even normative aspects to the power of Big Tech. Beyond political influence and an ever greater invasion of private spaces, these entities have the “power to shape current and future normality, normativity, markets, behaviour, and truth.” While such normative harms and those arising from the accumulation of users and data driven network effects are not always easy to identify, the persistence and omnipresence of Big Tech is novel and possibly the largest concern of greater competition policy in years to come.

As could be seen during the couple of hours that Facebook and Instagram were down (globally) in October 2021, when it comes to the digital world, the tech giants are not  only of general importance to the economy – they are the economy, or rather form the backbone of large segments of the digital world. Serving not only as key players, but as its “gatekeepers”, however also means that markets are perhaps no longer just controlled by forces such as supply and demand, but have been fine-tuned to the rationale and interest of these few, big players. Digital gatekeepers do not rest on natural monopolies, but as the DMA identifies, the digital economy has its own structures, structures that can “tipp” towards closed or incontestable ecosystems that in turn may ultimately only allow the few to thrive and many newcomers to falter.

3. The idea that internal growth trumps growth by merger & the pernicious effects of “unscrambling eggs”

One of the truisms of structural approaches and remedies, is that internal growth is more solid and more virtuous than expansion of an undertaking by merger or acquisition. At the same time competition theorists and policy makers have always warned against the bad precedent of ex post merger control (or the later correction of bad merger decisions such as Facebook/WhatsApp). Over the past decade, however, strategic mergers and “buying instead of developing” (and even “buy or bury”) have become an essential component of Big Tech’s “playbooks”. Thus, both the FTC and CMA seem to be revaluating these doctrines and highlight the competitive advantages that would result from breaking up Facebook along the lines of previous mergers.

How long does it take for markets to become incontestable? Is it even a matter of time or do other factors play a role too? Digital markets are notoriously disruptive and perhaps the players themselves still believe that they can be displaced by the next internet fad or “big thing” in only a matter of months: the same way Facebook overtook MySpace around 2007, but that was 15 years ago – an entire generation in time.

Divestitures themselves are complex, costly, and lengthy. The ambition and indeed promise of a divestiture must, however, be to re-establish market forces in a manner that would allow unconstrained competition to flourish for a couple of decades thereafter. Since the rules of digital competition are changing and many tech giants face competition lawsuits and regulation, the alternative is decades of monitoring of the enforcement of behaviour remedies and regulatory intervention.

5. The need for an ultima ratio

I am a fan of the DMA, but, like many rules and regulations, the DMA may fail. It may fail to sufficiently reign in its gatekeepers, and it may fail at the larger aim of making digital markets systemically more contestable and fairer. The draft DMA included structural remedies as an ultima ratio for this very reason (Art. 16 DMA). This ultima ratio is also needed as a tool in larger competition policy to secure and re-establish competition and autonomy when all other means and tools have failed and decade-long “playbooks” have played out to the detriment of consumers.

Last, risk – of systemic failure, of surveillance, of authoritarian tendencies – is a word seldomly used in competition policy. But there is always a risk – a price to pay – for power and super concentration. And save any larger political or economic crisis, we will only have to pay this price with our autonomy.

Jun.-Prof. Dr. Juliane Mendelsohn is the head of the Department for Law and Economics of Digitization at Technische Universität Ilmenau. In her research she focuses on private power and the digital transformation in Competition and Private Law.

One thought on “AGENDA 2025: Hello, mandated unbundling, my old friend.”