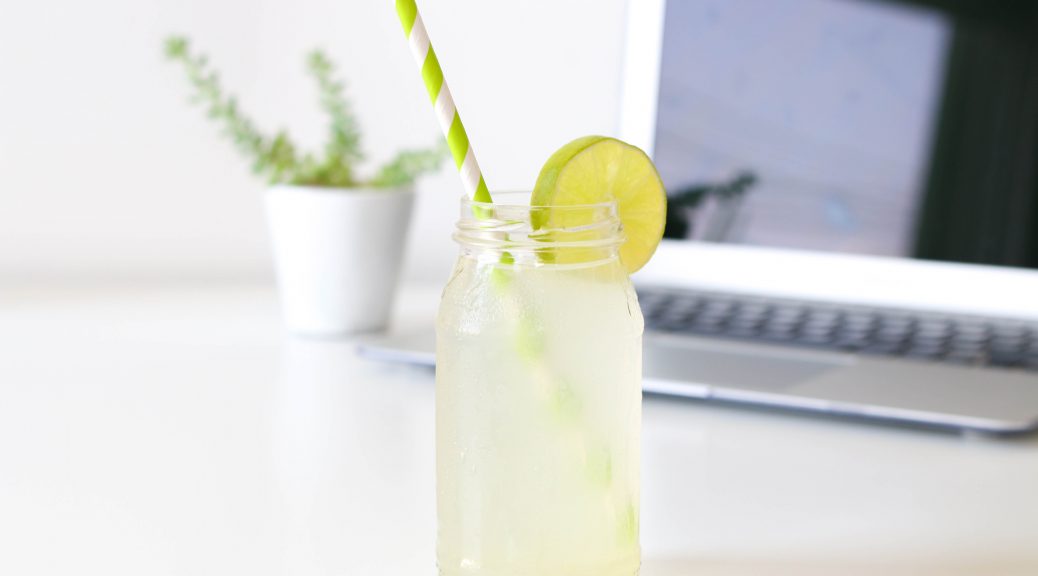 Just before the summer break, the European Commission (“Commission”) continues to tick off its To-Do-List, adding an important checkmark in its efforts to modernise the current set of rules in various areas of competition law. On 9 July 2021 it published its draft reform of the Vertical Block Exemption Regulation (“Draft VBER”), including revised Guidelines on Vertical Restraints (“Draft Vertical Guidelines”). Kaan Gürer has taken a closer look.

What is this all about?

The VBER sets out the conditions under which vertical agreements can be exempted from the prohibition in Art. 101(1) TFEU. The much-awaited draft is mostly based on the Commission’s inception impact assessment paper released in October 2020 and (insofar not surprisingly) there is some light and also some shadow – always depending of course on where you stand.

The Draft VBER strongly focuses on the digital economy, continuing the modernisation of the EU’s competition laws, following the draft Digital Markets Act (“DMA”) and the draft Digital Services Act (“DSA”) published at the end of last year – with the reforms of the Horizontal Guidelines already at the horizon. According to the Commission’s Executive Vice-President Margrethe Vestager the reform aims for nothing less than to adapt to the new digital era and to keep up with “the growth of e-commerce and online platforms, during the last decade”.

So what are the main changes?

The Commission clearly recognizes that online shopping is not a mere trend anymore but a well-established sales channel. However, while the will for change and modernisation is generally welcome, it seems that less ‘techy’ topics (such as Resale Price Maintenance, “RPM”) received less attention during the reforms. The general mechanisms of the VBER remain unchanged, other important developments beyond the rise of online shopping – in particular sustainability – are missing completely (the “Green Deal” and “Fit for 55” are apparently not meant for the vertical world).

There is certainly still room for improvement and also still time to take action. Interested parties are now invited to submit comments until 17 September 2021, the new rules are planned to enter into force on 1 June 2022.

We all remember situations in which we enjoyed special protection, whether as a rookie in a new sports team or a new job or as children – once we have left this comfortable position and reached adulthood, we lost certain privileges (and won others of course). In view of the Commission, the same applies to online shopping which no longer needs special treatment but can fight for its own. This results in a paradigm shift, a revolution really, in relation to dual pricing and the so-called equivalence principle in selective distribution systems. The Draft VBER now attempts to correct “false negatives” that apparently do not reflect market realities anymore and no longer qualifies restrictions in this regard as hardcore. Good news for suppliers seeking to protect their brand image and bad news for free riders.

Dual pricing means charging the same distributor a different price for products depending on whether they are intended to be sold online or offline. If this differentiation is intended to incentivise or reward an appropriate level of investments and relates to the costs incurred for each channel. The reforms are silent in relation to different pricing between online and offline resellers.

However, every revolution has a price and it is, therefore, no surprise that these changes come at a cost: Dual pricing and the lack of equivalence are only block exempted if this does not, directly or indirectly, have the object or effect to prevent online shopping. This leaves a backdoor for the different stakeholders and openly invites for skirmishes in relation to a definition of, e.g., such “prevention”.

How do you book your hotel reservations these days?

Parity obligations, also called Most Favoured Nation clauses (“MFNs”), that began their career as principles in international law before they obtained new fame in antitrust law with the rise of hotel booking platforms, are defined as obligations that require a company to offer the same or better conditions to its contract partner as those offered on any other sales or marketing channel (e.g. other platforms, so-called ‘wide MFNs’) or as those offered on the company’s direct sales channel (e.g. its own website, so-called ‘narrow MFNs’).

Under the current VBER, all MFNs benefit from the block exemption – but not all national competition authorities agreed with this (and there is no finger-pointing on the German Federal Cartel Office here) and have raised significant objections against this MFN paradise. The Draft VBER seems to reach out for compromise: on the one wide MFNs are no longer block exempted but added to the list of excluded restrictions (Article 5 Draft VBER). On the other hand, narrow MFNs would still benefit from the safe harbour – if of course the unchanged 30% market share thresholds are not exceeded.

Coming back to Germany: The German Federal Court of Justice has just recently found that narrow MFNs are hardcore restrictions, similar to RPM (see the report on d-kart here). It seems that MFNs will not lose their celebrity status soon and continue to keep the (national) authorities and courts busy.

While the Commission has accepted certain “false negatives” in relation to online sales, it has also not forgotten the flipside of the coin, and would like to correct “false positives” as well. It always is a give-and-take. The Draft VBER in its current form takes a hard stance against dual distribution, especially with a view to online platforms.

Dual distribution describes situations in which a supplier directly competes with its independent distributor, i.e. not only sells indirectly via its distributors but also directly to end customers (e.g. via its own stores or website, marketplaces, agents, etc.). The Commission recognises that dual distribution became more and more important in the digital economy and can no longer be ignored (interestingly, in the past the very same situations in the “brick-and-mortar world” did not seem to have a similar impact). While the current exemption generally remains available where supplier and distributor compete at the distribution level but not upstream, the Draft VBER introduces much stricter thresholds for benefitting from the safe harbour. Such dual distribution would under the new rules be exempted only under the following conditions:

Furthermore, online platforms under the Draft VBER qualify as suppliers with the further important consequence that they cannot qualify as genuine agents any longer.  The Commission notes that these changes are consistent with the draft DMA.

The aim of the reforms were to keep up with the transformation of businesses to the digital era. With regard to dual distribution this apparently means to in fact withhold the benefits of the VBER from  important parts of the digital world. Online platforms increasingly become the prevalent business model. Removing the benefit of the safe harbour from this business model entirely might be one of the areas in the reforms which could be worth to be given a second thought.

The Commission has accepted online shopping as a grown up (see above). But the Internet (as such?), in view of the Commission might still need a little extra protection. Under the Draft VBER, any restriction that, directly or indirectly, in isolation or combination with other factors, has as its object to prevent buyers or their customers from effectively using the Internet (for the purposes of selling their products or services online) will be categorized as a hardcore restriction. The same applies to restrictions that prevent buyers or their customers from effectively using one or more online advertising channels. The reforms explicitly refer to the use of price comparison tools or paid referencing in search engines.

The Commission also brings clarity about debates following the ECJ’s Coty decision (again, no finger-pointing on certain national competition authorities). Some restrictions, such as bans on marketplaces or “brick-and-mortar” obligations or quotas for offline sales, are not dependent on the existence of a selective distribution system but can be block exempted regardless of whether or not a selective distribution system is operated. Such restrictions are not regarded as hardcore if they do not prevent the effective use of the Internet.

As already indicated, RPM remains a hardcore restriction, and the strict regime mainly remains intact. The Commission nevertheless provided for certain clarifications in the Draft Vertical Guidelines. Interestingly, the Commission expressly does not consider pricing monitoring software and fulfilment contracts (which are contracts under which the distributor executes a prior agreement between the supplier and a specific end user) as RPM.

Finally, it is also worth mentioning that agents continue to be privileged. The reforms provide for certain flexibility regarding agents with dual roles or agents temporarily acquiring products for a brief period of time while selling them on behalf of the principal.

The Good, the Bad and the Ugly

Of course no-one expected that reforming the EU’s verticals rules would make everyone happy. As always, there is some good, some bad and some ugly (the unpleasant grey areas). The clear focus on the digital economy shows the Commission’s mission to equip itself with appropriate instruments to adapt to the new age in which e-commerce will play an ever-increasing role. The Commission’s willingness to simplifying and streamlining the current rules is also very much welcome and reflected in the significant changes to the Draft Vertical Guidelines with many helpful clarifications. However, the Draft VBER and the established mechanisms remain rather unchanged and could have been more courageous (especially regarding the RPM regime).

The hard line with regard to dual distribution and in particular online platforms can in any case be expected to result in lively debates in the next phase of the consultations. Also, certain national competition authorities could raise objections due to the controversies in view of the Commission’s clarifications regarding dual pricing and MFNs.

The overall direction, however, is clear. The digital transformation not only changes how consumers shop products or services, it also brings along new challenges from a competition law perspective and the search for the right answers has just started.

Rechtsanwalt Kaan Gürer, LL.M., is a Managing Associate in Linklaters’ Düsseldorf Antitrust & Foreign Investment Group. Any views or opinions expressed in this article are those of the author and do not necessarily reflect those of his employer.

One thought on “Revamp of the EU’s rules on vertical agreements: It’s about the (digital) economy, stupid!”