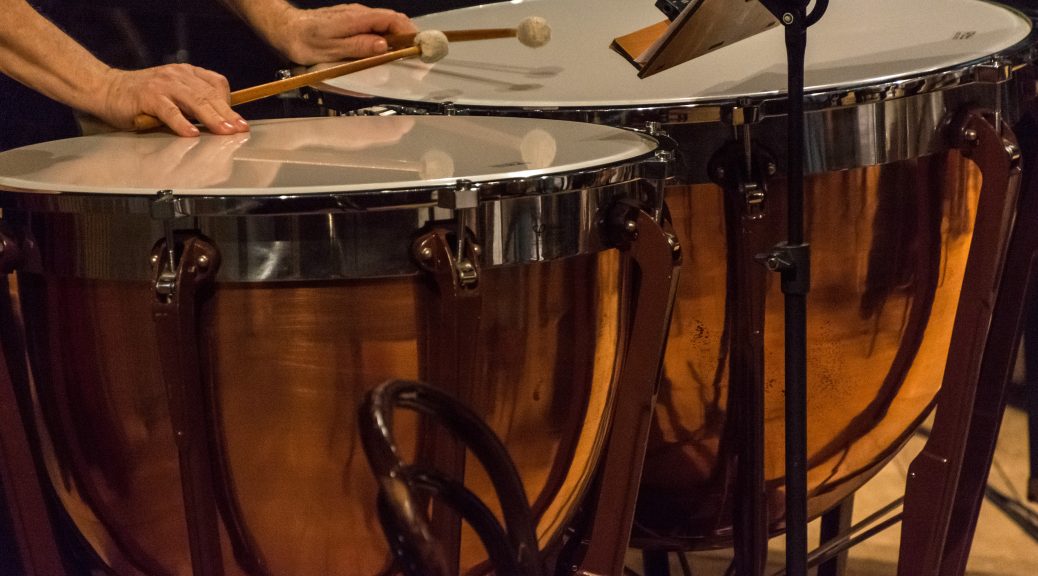 The Regional Court of Dortmund caused a stir again. Most recently we reported here on the court’s decision on the right of the undertaking to claim damages itself. This time it was about the estimation of the amount of damages caused by cartels. Christian Kersting classifies the verdict.

It is a well-known fact that it is hard to quantify cartel damages. German courts are very aware of this fact, which led to a surge of preliminary decisions on the merits of the claim without awarding a specified amount of damages (pursuant to Sec. 304 ZPO – German Code of Civil Procedure; an English translation can be found here – the court can bifurcate proceedings and issue a decision on the existence of a cartel damages claim without the need to specify the amount of the damages). Proving the amount of the sustained damages not only turned out to be extremely difficult for the claimants but also – due to the necessity of expert opinions – very expensive. This is, however, in clear conflict with the EU law principle of effectiveness. It remains to be seen whether the presumption of damages under the new Sec. 33a (2) GWB (German Act against Restraints of Competition) will alleviate some of the claimants’ difficulties. The legislator has not endorsed the various proposals for a presumption of a minimum amount of damages (Makatsch/Mir, EuZW 2015, p. 7, p.8) or a minimum estimate of damages (Kersting/Preuß, Umsetzung der Kartellschadensersatzrichtlinie (2014/104/EU) – Ein Gesetzgebungsvorschlag aus der Wissenschaft (2015), paras 58 et seq.; Kersting in Kersting/Podszun, Chapter 7, para 40 with further references). Consequently, it is up to the courts to – figuratively speaking – give the cartel damages claims bite in order to do justice to the principle of effectiveness. The Regional Court Dortmund has accepted this task in a new decision (Regional Court Dortmund, dec. of September 30 – 8 O 115/14 (Kart)). In its reasoning, the court largely follows the opinion of Kühnen (NZKart 2019, pp. 515 et seq.; see as well Regional Court Dortmund, dec. of July 8, 2020 – 8 O 75/19, para 56 et seq.; Hutschneider/Stieglitz, NZKart 2020, p. 180, p. 183; Weitbrecht, WuW 2020, p. 257, p. 260).

After having affirmed the existence of damages with recourse to a presumption in fact (paras 85 et seq.), the Regional Court is of the opinion that it can estimate the amount of the sustained damages offhanded, according to its own free conviction, ‘if the complete factual assessment of all relevant circumstances encounters difficulties that are disproportionate to the significance of the disputed part of the claim’ (para 132). This starting point appears cautious at first because the requirement of proportionality can be seen as a substantial limitation of the proposed offhand “free estimation” of damages. Especially when substantial claims for damages are brought, the weighing of interests can well turn out against the claimants. It remains to be seen whether this restriction also holds up in cases in which the presumption of damages under Sec. 33a (2) GWB applies. There is much to suggest that the presumption of damages, which is ultimately based on EU law, requires the courts to make use of estimations of damages to a greater extent. After all, if a presumption of damages exists, damages can in any event not be estimated at zero. Moreover, the reference to Sec. 287 ZPO in Sec. 33a (2) GWB is also an indication that an estimation must not be denied from the outset (see para 133).

The Regional Court Dortmund states that even ‘if the claimant’s submission regarding the factual connectors for such an estimate is incomplete or ambiguous’ it will examine ‘the possibility for estimating a minimum damage under Sec. 287 ZPO’ (para 133). The suggestion of a minimum estimate of damages (Kersting/Preuß, Umsetzung der Kartellschadensersatzrichtlinie (2014/104/EU) – Ein Gesetzgebungsvorschlag aus der Wissenschaft (2015), paras 58 et seq.) is thus taken up, but only under the condition that the estimation is at least to some extent based on verifiable facts in order to prevent the estimate to be rendered arbitrary. Considering Sec. 33a (2) GWB, this restriction is, however, not convincing. Even when there are no factual connectors at all, the damages cannot be estimated at zero. A cautious estimate in the single-digit percentage range could therefore not be considered arbitrary in those cases. A complete lack of any factual connectors seems hardly realistic in practice anyway.

The court then explains which methods are in principle to be considered for quantifying cartel damages and names in this regard the comparable market approach (para 136 et seq.), the costs-based comparison on the basis of examining pricing factors (para 138) as well as the market-internal comparison analysis (para 139). Each of these methods is analyzed in detail and rejected as unsuitable for the specific case. At the outset, the court also emphasizes, following Kühnen, that these quantification methods ‘are consistently associated with considerable imponderables and disadvantages for the cartel victim and therefore in many cases do not appear to be sufficiently suitable for the effective enforcement of cartel damages claims as required by the legislator’ (para 135). In doing so it establishes the possibility of a general offhand free estimation of cartel damages by relying on theprinciple of effectiveness, which it transfers into German law by referring to its ratio legis.

According to the opinion of the Regional Court Dortmund, ‘the nature, content and scope of the cartel agreement in dispute and the details of its implementation could provide a sufficient factual basis for the estimation of the cartel overcharge, coupled with an overall analysis of other factual circumstances’ (para 143). The court also emphasizes that ‘the factual connectors necessary for an estimation of damages under Sec. 287 (2) ZPO, namely the specific circumstances of the agreement and its implementation, can regularly already be found in the administrative decision imposing the fine’ (para 171). Ultimately, that means it could be sufficient for the claimants to submit the competition authority’s decision without a detailed quantification of the damages. The court continues to argue that this would also take into account the defendants’ legitimate interests as they ‘can prevent an excessive estimate of cartel damages by disclosing the actual price increase realized by the cartel’ (para 172), an argument which in fact further strengthens the position of the claimants. It also fits in with the court considering expert opinions submitted by the defendants only relevant, if they make use of the defendants’ insider-knowledge, e.g. by disclosing the contents of agreements (para 119). Consequently, the defendants are forced either to accept the court’s estimate of damages or to contribute significantly to the exact calculation thereof. The latter does, of course, appear to be an extremely risky play, because the defendant does not know the estimate of the court before the judgement. While it may be possible to solve this problem in practice with early guidance orders, enabling the defendant to consider their own submission regarding the exact calculation of the cartel damages, the legal presumption of a minimum damage nevertheless appears to be the superior solution. This would not only account for both the presumption of damages and the principle of effectiveness, but would also distribute the burden of proof for a higher or lower damage between both parties equally. A well-chosen percentage for the presumption of damages may also make expert opinions obsolete, providing an opportunity for saving a considerable amount of transaction costs. Over time such a percentage for the presumption of damages may also develop in the jurisprudence.

Arriving at its specific estimate of cartel damages in the amount of 15 % of the net price, the Regional Court Dortmund considered a multiplicity of aspects. It starts with the general experience that cartel participants, being aware of the risks connected with cartels, expect a commercial benefit and set prices with a view to maximizing profits (para 147 et seq.). In addition, the court takes into account the duration of the cartel (para 149), the fact that the purchase in dispute took place in a thriving phase of the cartel (para 149), the high level of market coverage (para 150), the cartel discipline (para 152), as well as the purchasers’ possibility of purchasing elsewhere and their price sensitivity (para 153 et seq.). Moreover, the court also took into account an agreement between the parties regarding liquidated damages, because the cartelist knowingly exposed itself to the risk of having to pay cartel damages in the agreed amount (para 158 et seq.). The court did not consider significantly higher percentages to be an appropriate estimate, as cartelists would refrain from inflating prices to an extent that would arouse the suspicion of the purchasers (para 160). Finally, the court supports its estimate by pointing out that it is ‘slightly below the average of the medians of known studies’ and ‘exactly corresponds to the median of other cartels surcharges found in the decisions of the European courts’ (para 164 et seq.).

There are a lot of other interesting aspects in the judgement of the Regional Court Dortmund, e.g. regarding the question of when the claimant is “affected” by the cartel for the purposes of Sec. 33a (1) GWB (para 68 et seqq.), the undertaking’s right to claim damages in its own right (para 84; see as well here) and the admissibility of the passing-on-defense in cases of dispersed damages (para 191 et seqq.), which however will only be pointed out and cannot be discussed in detail here.

In summary, this judgement of the Dortmund regional court does not only enrich the discussion regarding the quantification of cartel damages, but also gives it a new impetus. The offhand free estimation of cartel damages by the courts is not only to be welcomed, but is, against the background of Sec. 33a (2) GWB, also necessary. If this judgement is adopted by other courts, Germany will become even more attractive for claimants as a forum for cartel damages claims. Regarding the further proceedings in this case, it can be expected that the Düsseldorf Court of Appeals is at least receptive to the arguments put forward by the Regional Court Dortmund – after all the regional court relied heavily on a scholarly article by Kühnen, who is presiding judge of the Düsseldorf Court of Appeals’ 1. Competition Law Senate. The Federal Court of Justice will then have the last word.

Prof. Dr. Christian Kersting, LL.M. (Yale) is a Director of the Institute for Competition Law at Heinrich Heine University Düsseldorf.