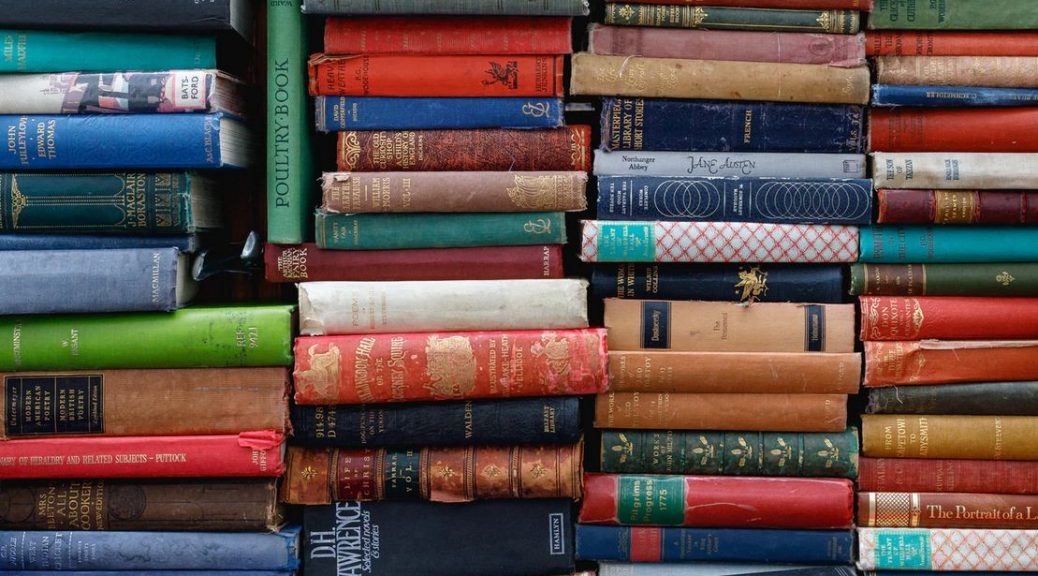 If the D’Kart newsletter comes exceptionally on a pre-Christmas Sunday, it’s for a good reason. To wish you a pleasant Sunday, to remind you of looking at the entries in the 2019 Antitrust Advent Calendar and for the purpose of literary criticism: a very well-known colleague has published a novel (in German), and you rightly want to know what it is like on the day of publication. Rupprecht Podszun read it for you. And since you are not going to buy this novel anyway, Adrian Deuschle recommends another colleague’s book (which is also in German).

The ♀-future of antitrust law

Our 2019 Antitrust Advent Calendar has already triggered a discussion that can only take place on Twitter: Is the future of antitrust law female? There are grounds to believe so.

Take a look at the entries published so far. As a reminder: this year (after the 2017 and 2018 editions, which in my opinion are still delightful to read) we asked a younger generation of competition lawyers what was particularly remarkable in this year of antitrust. And now, seven of the eight entries are by women! Higgledy-piggledy! The gender balance, which at times was different in this blog (see e.g. the very beautiful but very masculine photo at the bottom of this article from 2017), threatens to tip in the opposite direction! In short, it’s worth keeping an eye on developments.

By the way, we have smuggled some very prominent faces into the calendar in between. We asked them what they recommend to young people who are now starting their careers in antitrust. The start of this exercise was done on December 6th with a professor of antitrust law who is known all over the world. For decades, she has stood up for international cooperation and, with untiring optimism, encouraged researchers (and politicians) all over the world to advance antitrust law. But you can read all this yourself. Here!

In 2015, Daniel Zimmer, then head of the German Monopolies Commission, a government think tank, and a renowned professor for competition law and many other things at the University of Bonn, gave an interview that caught my eye: he said he was collecting material for a novel, it was his after-work-pleasure to write “as a dabbler”, a story on fraud. He also said he took notes when having interesting experiences with other people… (Ever since I was on my guard when meeting Daniel since I did not want to end up as a joke figure in a novel.)

In March 2016 Zimmer resigned from his post as head of the Monopolies Commission, because he saw no sense in an advisory committee of the Federal Government, when this government ignored the advice. The case in point was the merger of two major German retailers, Edeka/Tengelmann, that the Bundeskartellamt had banned. Minister of Economics Sigmar Gabriel authorised the merger although Zimmer and his colleagues had strongly opposed this.

I cheered as I read the news of Zimmer’s resignation – now he would finally have time for his novel! But then Daniel Zimmer became dean of the large law faculty in Bonn. This is an administrative position in Germany that usually rotates amongst professors, and as someone who has not yet been a dean, I imagine it does rob your time, and maybe even a bit of your imagination… The project fell into oblivion until a few days ago I read a plea in German daily Frankurter Allgemeine Zeitung by Daniel Zimmer, in which he advocated European standard setting for the regulation of algorithms. That reminded me of the novel. When I asked him what became of that he sent me an advance copy. And, very quickly, we set up the D’Kart Literary Review editorial office and so we can today, when the book is finally out, give you the first review:

Zimmer, Daniel: “Möbius and the art of cheating”, 257 pages

I’ve never read a text by Zimmer that fast. Sure, his papers are worth reading, too, yet they are not what you would call a “page-turner”. Zimmer’s novel wasn’t a “page-turner” for me either, but that’s simply because I read it as a PDF where I had to scroll: It’s a “page-scroller”! A story that first made me laugh out loud, then you breathlessly follow the storyline, and it finally gets a surprising twist.

The protagonist is Professor Felix Möbius, who teaches law at the University in Berlin. The forty-year-something is mildly frustrated in his marriage, and so he falls head over heels for the student Annabel. (I’ve heard rumours that this happens to professors once in a while.) Apparently, Möbius and Annabel have what other what people would call “sexual activity”, but Zimmer unfortunately luckily does not go into details. In a second narrative strand, Möbius agrees to give his good name as a professor for a fishy expert opinion in an expensive court case. Such unethical behaviour is also said to happen occasionally among law professors (I only know this from hearsay, of course). What unfolds in this constellation – there is a politician (the “Nutella Woman”) involved and two computer science students who are more knowledgeable in Berlin’s Berghain club than in computer sciences –is a story with a lot of fraud here and there, so that soon it is no longer clear who is actually cheating on whom.

Zimmer is of course an intelligent author and crochets the strands together in such a way that reading is fun and still needs some attention. The tone is a certain ironic distance of the authorial narrator. Here and there the professor appears in the novelist, who still includes a little cultural history of cheating, going from biblical Jacob to Oskar Schindler. And when you wonder how the author intends to unravel all this, he drives the story forward: suddenly, the reader races from Berlin to the Côte d’Azur, where Mediterranean lightness occasionally changes life.

Everything you always wanted to know about law professors, but…

In the first two thirds of the book I am very biased: everything Zimmer describes is too much a report from the life of a professor. Happy if you can laugh about it with no asking yourself whether Daniel took that from talks with you… Those who only know law faculties or the twists of law firms with professors from a distance may think that this is satirical escalation. But Zimmer actually stays close to the realities (for example when describing endless meetings of the faculty council). The fact that German law faculties are already suitable for caricature without exaggeration should give food for thought.

The actual revelation is the surprising last third of the book. If “Möbius” had so far been at the level of a very entertaining campus novel, this suddenly leads to a completely different literary journey – all further information would be spoilers, and I shouldn’t do that to the readership of this blog.

I wrote at the beginning that you won’t buy this book anyway. The reason is simple: you can’t. Zimmer, who apparently has internalized the “economics of free”, put the novel online for free. Is this an attack on other successful business models that have achieved sales with free services? The website’s privacy statement does not seem as exploitative to me as Facebook’s – but the Bundeskartellamt should keep a watchful eye on it.

And you too: at www.kunstdesbetruegens.de you can download and read the new Zimmer free of charge (if you are able to read German)!

Achim Wambach and the state of digital affairs

What to do with the money saved? Adrian Deuschle has a recommendation for you – Zimmer’s successor in the Monopolies Commission also wrote a book, and even though this one was published in 2018, it is still suitable as a Christmas present for loved ones who should get to know your area of expertise.

Achim Wambach and Hans Christian Müller present in their book the transformation of the social and economic order through digitisation. The laws of the social market economy described by Ludwig Erhard in his book “Wohlstand für alle” (“Prosperity for All”) to increase prosperity for the benefit of all must be renegotiated in the age of digitisation. According to the authors, the big tech players (Microsoft, Apple, Google, Amazon, Facebook), whose monopolisation was favoured by network effects in the platform economy, lack competition. Their supremacy is undeniable, so they say, since they are able to buy off emerging competition through killer acquisitions and – also thanks to a low tax burden – are filling up their deep pockets more and more. Their market power is also used to favour themselves in other markets in order to generate market shares there as well. The data collected in this way enables digital companies to hold their gatekeeper positions, and play out targeted advertising at consumers. This is the view set out by Wambach who is the leading economist in the government’s advisory council Monopolkommission (that according to Zimmer’s experiences is not listened to anyway).

The labour market, so the authors say, will also change as a result of digitisation. Many professions will no longer exist in the future (good lawyers are of course always needed!), but at least as many new ones will be created. Politicians must therefore support lifelong learning and increasingly promote the study of technology and natural sciences.

Achim Wambach is chairman of the Monopolies Commission and head of ZEW, his co-author Hans Christian Müller is a journalist with Handelsblatt. The symbiosis between a renowned economist and a polished writer leads to a successful combination: high level, easy to read. The transformation of our economy is easy to understand. Wambach/Müller show that the promise of the social market economy can still be fulfilled. However, this requires targeted regulatory intervention on the part of the state.

The focus of the publication, readers of this blog will be pleased, is on competition policy, which is attributed an important role in taming digital corporations. Essential problems of current competition law are presented on the basis of well-known cases. But tax and social policy are also subjected to a critical analysis. Some very concrete proposals are made. However, the authors are aware that not every new phenomenon requires new regulation. Thus the proposed changes (quite in the sense of good old ordoliberalism) are limited to the creation of a framework for digital competition. The fact that new business models lead to upheavals in the economy is basically nothing new and part of the “creative destruction” described by Schumpeter. How this creative destruction in the digital world could be cushioned by the state is illustrated very clearly in this book. A good and provocative read!

With these two recommendations for the long distance and with the recommendation of the daily short read in our Advent Calendar, the D’Kart-Team wishes you a nice start into the new week!

Prof. Dr. Rupprecht Podszun is the literary editor of D’Kart Literary Review, Adrian Deuschle is responsible for the non-fiction section.