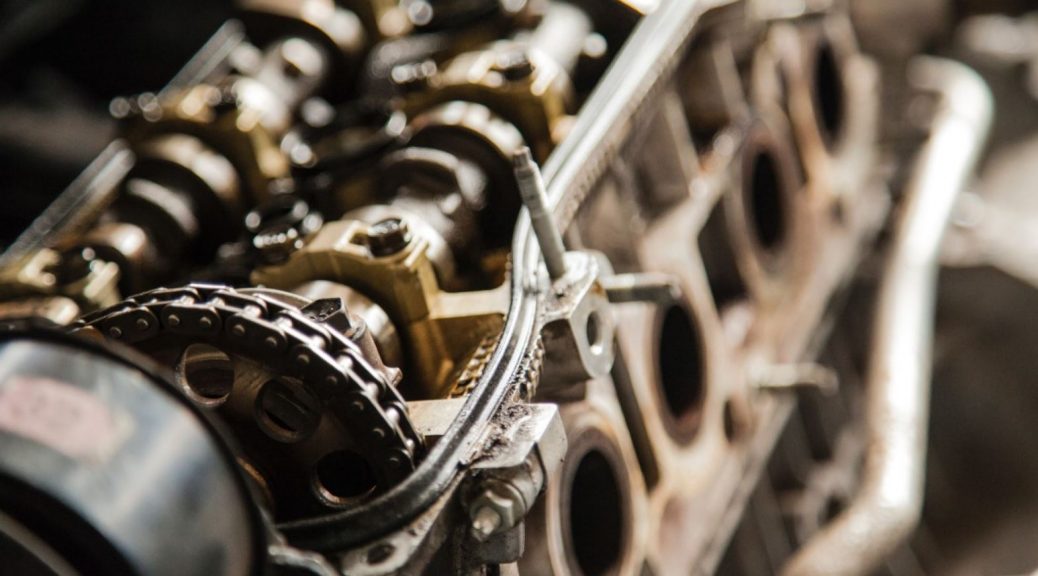 A few days ago, German media surprised us with the fact that they had found something in a somewhat older edition of the Federal Gazette. An interesting discovery had been made: another application for ministerial approval had been submitted to the Ministry of Economics. This instrument of German antitrust law allows the Federal Minister of Economics to override a decision of the competition agency (Bundeskartellamt) on reasons of the common good. This is exciting for every antitrust lawyer, especially for the Minister himself. Maximilian Konrad takes a closer look at the matter.

This text is available in German, too. Just click the flag!

It’s time again. Please welcome on stage: the “Ministererlaubnis”, the German ministerial authorisation. At irregular intervals, this tool appears like a deus ex machina on the stage of antitrust law. 2002 the energy merger of E.on/Ruhrgas. 2002/2003 the case of Berlin daily newspapers (Tagesspiegel/Berliner Verlag), in 2016 Edeka/Tengelmann, a heavily debated merger in retail. And now, in 2019, Miba/Zollern. The merger fits like a glove on the eye to the „National Industrial Strategy 2030“ of Peter Altmaier, the German Minister in charge of the economy.

Two medium-sized companies, the Austrian Miba AG and the Baden-Württemberg-based Zollern GmbH & Co. KG, want to merge their business areas for plain bearings. Combined annual turnover: 300 million euros. The Bundeskartellamt prohibited the merger in January 2019 as it saw a significant impediment to competition in the markets for hydrodynamic plain bearings for large engines in ships, locomotives and generating sets. In order to be able to implement the merger nevertheless, the two companies have now applied for ministerial authorisation under section 42 of the GWB (Act against Restraints on Competition) in order to override the decision of the Bundeskartellamt. The “Ministererlaubnis” is rarely applied, yet it is always controversial. If the politician grants the special approval, this is a blow to the Bundeskartellamt, an agency with an outstanding reputation in Germany and beyond that decides autonomously in competition cases, admittedly only on grounds of competition.

What’s the next step?

Before Minister Altmaier decides the case under section 42 GWB, the German Monopolies Commission, an independent advisory body, must prepare a special report by the end of April on whether macroeconomic advantages or an overriding interest of the general public outweigh the adverse effects on competition.

If the Minister wishes to deviate from the vote of the Monopolies Commission, he must explicitly justify this in accordance with section 42 (1) sentence 4 GWB, newly created in response to the problematic Edeka/Tengelmann proceedings.

Whether this will have a significant effect on his decision remains to be seen. In the past, even without this rule, the Minister had no major problems in disregarding the vote of the Monopolies Commission on his own reasons.

After Edeka/Tengelmann, a new guideline on the procedure for ministerial approval was put in place that now has its first practical test. The Guidelines intend to speed up the procedure by introducing time limits and create transparency, in order to prevent the procedural errors that led to the formal illegality of ministerial authorisations in the past (E.on/Ruhrgas, Edeka/Tengelmann). In both cases, the competent Higher Regional Court of Düsseldorf had annulled the Minister’s decision. The public will probably never know whether the new rules really prevent secret backroom conversations and political haggling that the other decisions had been criticised for.

What does the Minister’s decision depend on?

At the core of the whole thing is the “common good”. Ministerial approval must only be granted if macroeconomic advantages or an overriding interest of the general public, in short the common good, outweigh the adverse effects on competition (section 42 (1) GWB).

Mr. Altmaier (who is a high-calibre figure in the CDU) does not decide as a politician according to political majority relations. Section 48 GWB requires him to decide as a competition law authority solely according to the common good. His decision is bound to legal rules, not to political opinions. This means: if the “common good” condition is met, he must grant permission and, conversely, the application must fail. He has no discretionary powers.

The spectacular decision of the Düsseldorf Higher Regional Court in the Edeka/Tengelmann proceedings clarified that the legal interpretation of the common good as condition of the approval is subject to full judicial review.

But what is the common good now?

That’s the problem. No one knows exactly what the common good is. And this despite the fact that the Ministerial approval is the most serious and far-reaching political intervention in the law of the economy, in which the companies involved usually try to exert considerable influence on the government.

The explanatory memorandum to the GWB leaves the reader at a loss. The “state, economic or socio-political reasons” (BT-Drs. VI/2520, p. 31) mentioned there are very much undefined. It is rather difficult to imagine a reason that cannot be submitted under these headings.

The practice of the Monopolies Commission, the Federal Minister of Economics and the antitrust literature are of little help. Here, too, there is a lack of an abstract method for determining the common good.

Essentially, it comes down to the case law of the past. The reasons recognised in past decisions are extremely diverse: securing energy supplies, preserving jobs, protecting the climate and the environment, safeguarding technical know-how and medical care are just a few of them. However, the problem with this line of cases is that it is inconsistent. What had once been recognised was no longer valid the next time, just a few years later, and vice versa.

A further fundamental problem is that there is no clarity as to the question of whether priority should be given to a particular “common good” or to the protection of competition. The decisive question thus remains open and in practice, the weighing exercise is left to the discretion of the Federal Minister of Economics.

This ambiguity is due to the nature of the concept of the common good. In a democratic society, the common good is never given from outside, but is always a task given up for determination in the public discourse. The authoritarian definition of the common good from a higher body is a characteristic of absolutism and totalitarianism.

In a democratic society, there is a multitude of completely different, but fundamentally equal, common good ideas that are in competition with each other. It is only through a process of deliberation in society that there could be an approximation to what the common good may mean in individual cases.

For the ministerial approval, however, such a determination of the common good through public discourse is impracticable. The associated uncertainties are too big, the opportunities for abuse too manifold.

The basic dilemma, therefore, is that the common good, while it is an important concept of state philosophy, is not an apt, legally certain and unambiguously determinable term. For now, however, the practice has to work with it and therefore, the Minister will probably make reference to the cases decided in the past. Still, how to balance objectives of the public interest and the competitive concerns remains completely in the dark.

What do the applicants claim?

The applicants claim that without the merger there is a threat of technology loss and a transfer of research and production knowledge to Asia. Sales are, so they say, declining due to the weak shipping industry, while R&D costs for new technologies such as wind turbines are rising. In order to be able to stand up to the competition from Asia, size matters. Without the merger, jobs could be lost. This is the line of argument – as far as it has transpired so far.

This argument fits like a glove to the eye to the “National Industrial Strategy 2030” of Peter Altmaier and his plans developed jointly with France to create a ministerial approval at the European level. This makes the current case so interesting: It could be a blueprint for assessing the “China defence” in merger cases at a larger scale. In short, Altmaier and his French colleague Bruno Le Maire had proposed an active industrial policy to create national and European champions who can stand up to the otherwise overpowering competition from Asia. This idea has already been mentioned in section 42 (1) sentence 2 GWB, which explicitly mentions international competitiveness as a potential public good.

In its decision, however, the Bundeskartellamt has already taken into account competition on a worldwide market if there is a worldwide market and not just different regional markets. If the Ministry now focuses on an international competition that does not exist, innovation, efficiency and the interests of consumers and customers may be sacrificed for an uncertain vision of the future. It is precisely competition that ensures innovation and ensures that efficiency and price advantages are passed on to customers and consumers. Approval of the merger therefore threatens to pass on the costs of the loss of competition to the end consumers.

It is therefore crucial that this constraint of competition is outweighed by other public interests, which leads back to the problem of the definition of common good. With regard to the job argument, it should be noted that this has been used in every ministerial approval procedure, but never actually takes effect: typically, a merger through rationalisation costs jobs and does not secure them. It is also of particular concern that it is uncertain whether the merger is at all suitable for promoting international competitiveness, as the Bundeskartellamt must have apparently denied this.

What about judicial review?

Let’s ask this frankly: Will there again be such a stir as in Edeka/Tengelmann, when the Higher Regional Court of Düsseldorf killed the ministerial approval with a very explicit reasoning? Probably not.

In response to that case section 63 (2) sentence 2 GWB made the right to appeal against the ministerial approval dependent on the infringement of individual rights. Yet, equal opportunities in competition and the hope for a better market position do not convey any subjective rights. De facto the judicial control of the ministerial decision seems to have been abolished (cf. Podszun/Kreifels in: Kersting/Podszun, Die 9. GWB-Novelle, 2017, Chapter 14). This reveals a questionable relationship between the executive branch and the separation of powers and the system of checks and balances.

It is possible, however, that the Düsseldorf Higher Regional Court will succeed in affirming the right of competitors to lodge a complaint by means of a broader interpretation of the law (if a competitor willing to file an action is found). In any event, judicial control would be desirable for the protection of competition against unlawful ministerial approval decisions.

Let’s wait and see. Given the de facto abolition of judicial review of the ministerial approval, I hope that the Miba/Zollern merger will receive sufficient public attention to allow a full discussion of the advantages and disadvantages of the merger. If the courts are no longer able and allowed to control the minister’s enormous leeway in decision-making, it is up to the media and the public to keep a watchful eye on the common good and to act as a controlling authority.

Anyone who wants to take the protection of competition, but also the concept of the common good seriously, must be careful not to give in to an irrational fear of an overpowering China, but to stick to the facts.

Dr. Maximilian Konrad, MSc (LSE) works as an Associate in a law firm in Karlsruhe specializing in civil law appeals. He received his doctorate in 2018 under the supervision of Prof. Dr. Rupprecht Podszun at the Heinrich-Heine-University Düsseldorf on the topic “The common good, public opinion and the ministerial approval under merger law”. The dissertation will be published in autumn 2019 by Duncker & Humblot.

8 thoughts on “﻿Miba/Zollern: The next ministerial authorisation of a banned merger?”