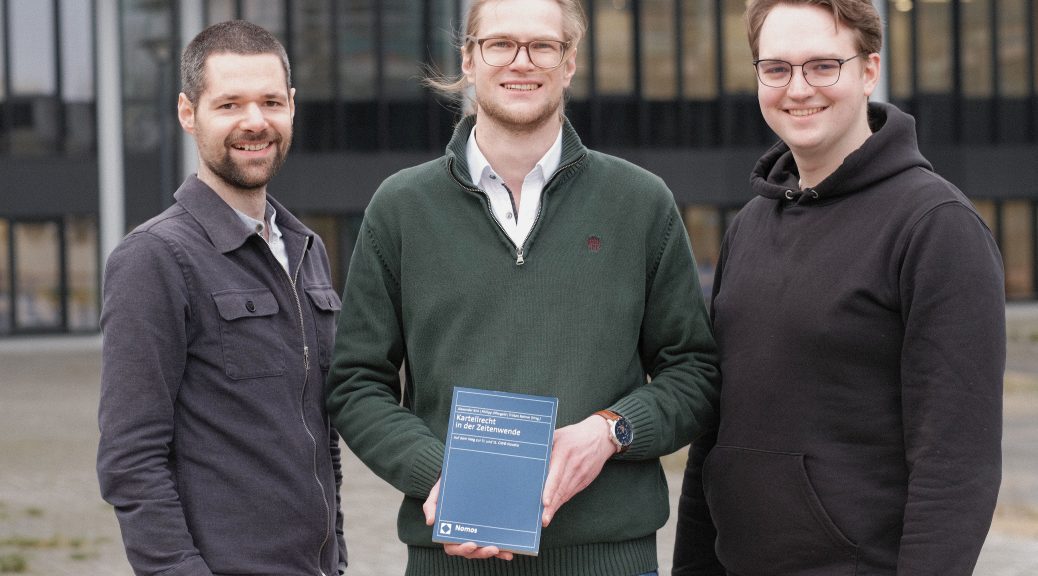 In Germany, anthologies with current essays on competition law are about as frequent as fines in abuse proceedings under the German competition act: they hardly ever happen. There are commemorative publications, the infamous German “Festschrift”, yes, but for one of those someone has to have a birthday. With no birthday around, I have something special to announce to you today: We proudly present

“Antitrust Law at the Zeitenwende – On the Way to the 11th and 12th Amendments to the German Competition Act”.

Well, actually, this is only half true – since the book is in German, and its German title is “Kartellrecht in der Zeitenwende – Auf dem Weg zur 11. und 12. GWB-Novelle”. The title picks up Chancellor Scholz’s Zeitenwende-speech (Zeitenwende = Turning Point) on the occasion of the Russian invasion in the German parliament. But even if you do not read German – two essays are even in English –, you may still join in our marvelling at this publication achievement of, well, my team!

This is a 374 (!) page book edited by Alexander Kirk, Philipp Offergeld and Tristan Rohner. These three are researchers at my chair and, it goes without saying, they are rising stars in antitrust! In this book they have collected 27 contributions on the antitrust reform projects that are now pending in Germany.

The project had its origins in this blog. When the Federal Ministry of Economics and Climate Protection presented its Competition Policy Agenda 2025, we decided to accompany the quite ambitious reform projects here with so-called “spotlights“. These were short interventions by experts from law firms and universities, the EU Commission or the German Monopolies Commission.

The longer we dealt with the topics of the planned amendments, the clearer it became to us that the spotlights are only a beginning. We witness the making of a new competition law. Challenges such as the climate catastrophe, digitalisation or the war are changing the way we think about competition. Or are they? In which direction is this going – and should it go? What does the Zeitenwende mean for competition?

The three editors went back to the drawing board, this resulted in numerous new contributions in which renowned authors, but also younger voices in the competition communtiy, deal with the current topics. (I also wrote two contributions for the volume, but when I speak of either renowned or younger authors, I naturally mean only the others).

Raphael L’Hoest, the head of the sub-division in the Federal Ministry of Economics, has contributed a foreword to this book. It says: …

“I very much appreciate such an “illumination project” packed with legal and economic expertise as constructive feedback on the “Competition Policy Agenda”. I can assure you that the contributions have been and are being carefully read and in some cases extensively discussed in the ministry. I also hope that the discussion will not end here and that the contributions will provide a basis for further disputes and for a continued exchange of views regarding the further development of antitrust law – inter alia in the context of the 12th GWB amendment.”

Whoever wants to understand and accompany the amendments, whoever is looking for impulses for their own thinking about antitrust law and whoever needs a gift for grandma – you must get a copy now. The book costs just EUR 79, it is available for example here in printed form and as an e-book.

These are the – renowned and younger – authors of this book in alphabetical order:

They are to be thanked for the exciting impulses. The fact that the book has come onto the market so incredibly quickly – even before the government’s draft of the 11th GWB amendment – is largely thanks to Marco Ganzhorn of publisher Nomos-Verlag and his team. And I pat the three editors on the back and say: Yes, you did it! 💪

Rupprecht Podszun is a director of the Institute for Competition Law at Heinrich Heine University Düsseldorf.