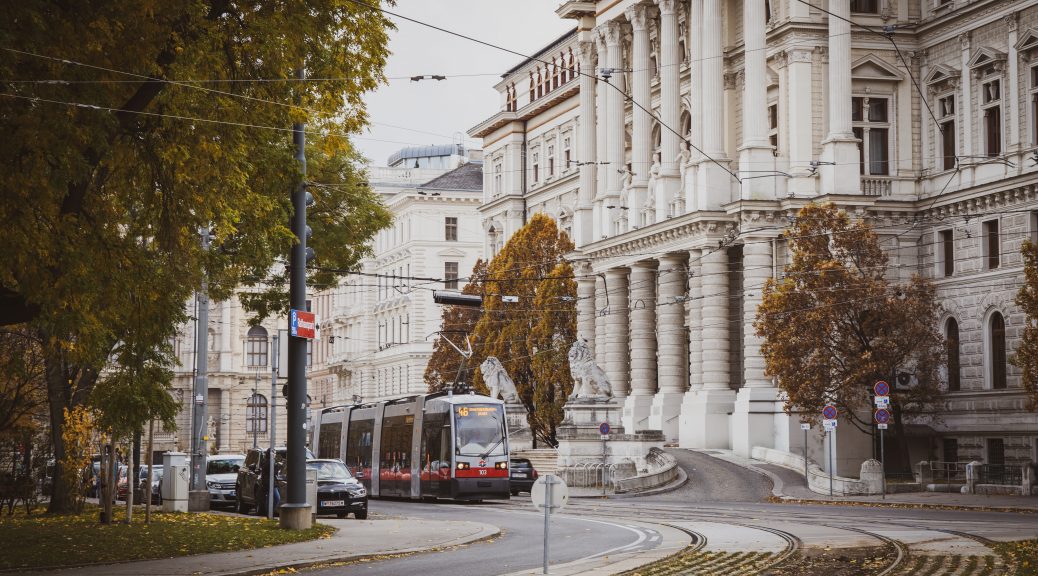 A mere few weeks ago, Austrians still asked Rupprecht Podszun for his view on the German competition law amendment of 2021 to give them a taste of things to come in Austria. Now, Austrians can contribute their own draft for a competition law amendment 2021. Viktoria H.S.E. Robertson discusses the highlights of the proposed amendment, including ECN+, digitalisation, sustainability and merger control.

On 23 April 2021 – an unsuspecting Friday afternoon which led to a busy weekend – the long-awaited Cartel and Competition Law Amendment Act 2021 (Kartell- und Wettbewerbsrechts-Änderungsgesetz 2021, for short: KaWeRÄG 2021) was presented and opened for comments. So what lies in store for Austrian competition law?

Implementation of the ECN+ Directive – and a new reporting obligation

The KaWeRÄG 2021 largely serves to implement the ECN+ Directive, which was supposed to be transposed by February 2021. While lots could be written on this overdue implementation into Austrian law that will lead to a number of detailed changes, this analysis will need to wait for another day.

The amendment was preceded by intensive preparatory work by the Ministry of Economic Affairs (actually: Federal Ministry for Digitalisation and Economic Affairs) as well as by the Austrian social partners, the Federal Competition Authority and the legal profession dealing with competition law. These discussions clearly showed that digital markets would have to be at the centre of the amendment.

While the KaWeRÄG 2021 does not provide for sector-specific abuse rules for digital gatekeepers along the lines of the German § 19a GWB, there are some indications in the proposed amendment that powerful digital platforms are to be examined more closely under Austrian competition law in the future.

§ 4 Cartel Act – which, like the German § 18 GWB, deals with the constituent element of market dominance – will now be found in two independent sections: § 4 Cartel Act on absolute market dominance, and § 4a Cartel Act on relative market dominance. The amendment will introduce a number of factors to be considered in the analysis of a dominant position into § 4 Cartel Act, all of which specifically address the market conditions in digital markets. These include the importance of intermediary services of the allegedly dominant undertaking for the market access of other businesses, the access to data that is relevant for competition, and the benefit derived from network effects. Although the legislative materials point out that these factors can already be taken into account under the current rules, the intention was to explicitly mention these factors in the law due to the growing importance of digital markets.

An undertaking shall also be deemed to have market dominance if, as a supplier or a buyer, it has a superior market position in relation to other undertakings in its business dealings; such a position exists in particular if these other undertakings are dependent on the establishment or maintenance of the business relationship in order to avoid serious commercial disadvantages.

This expands the current concept of relative market power a little as it will also explicitly cover trade in services, not only goods. In addition, the new establishment of a business relationship is newly included as a possible element of relative market dominance.

In the area of unilateral conduct, the KaWeRÄG 2021 intends to send the message that digital platforms – even though no special offence is created for them – must expect closer antitrust scrutiny going forward. The newly proposed § 28a Cartel Act is a further indication of this message: It provides that the Federal Competition Authority, the Federal Cartel Prosecutor and the regulators can file a declaratory application with the Cartel Court to have the market power of an undertaking operating in a multi-sided digital market determined. However, this only applies to absolute market dominance, not relative market dominance. Since the assessment of market dominance is often a hurdle in abuse cases, this first hurdle can now be taken separately from the substantive assessment. Based on the Cartel Court’s declaratory finding, individual practices can subsequently be brought to the attention of the Cartel Court. As a side note: The Austrian Federal Competition Authority, unlike the German Federal Cartel Office or the European Commission, still has no decision-making powers, but must always turn to the Cartel Court to enforce the antitrust provisions or to have mergers reviewed.

If and when the KaWeRÄG 2021 is adopted, the Austrian legislator will be one of the first to explicitly include considerations regarding environmental sustainability into its competition law. As it currently stands, it is planned to add the following wording to § 2 Cartel Act (the Austrian equivalent of Article 101 para 3 TFEU):

Consumers shall also be considered to be allowed a fair share of the resulting benefit if the improvement of the production or distribution of goods or the promotion of technical or economic progress contributes to an ecologically sustainable or climate-neutral economy.

Thus, Austrian competition law will make short work of the argument that so-called “out-of-market efficiencies” may not be worthy of consideration in the course of an individual exemption for anti-competitive agreements. Of course, it remains to be seen whether the legal certainty provided with this clarification will also lead to more sustainability initiatives from the business side, as has been discussed in recent debates on sustainability in competition law. But this addition to the provision on individual exemptions can be seen as the necessary foundation for such initiatives.

The question now poses itself whether this legal clarification on a national level is compatible with the primacy of Union law and Article 3 of Regulation 1/2003. This issue was also raised by the Studienvereinigung Kartellrecht. However, it may be possible to argue that the Austrian legislator has other objectives in mind with this provision than those regularly considered under Article 101 TFEU.

In 2017, both Austria and Germany introduced an additional transaction value threshold into their merger control provisions (in Austria: § 9 para Cartel Act – see also the joint Austro-German guidance). This transaction value threshold remains untouched by the proposed amendment, as do the turnover thresholds. However, there will be changes in the substantive examination of mergers: While substantive Austrian merger control is currently based on the creation or strengthening of a dominant position, the KaWeRÄG 2021 will finally introduce the SIEC test (significant impediment of effective competition), which also applies in European merger control (see § 12 para 1 no 2 b Cartel Act). While the legislative materials underline that the dominant market position is to remain the central anchor for Austrian merger control – and argue that it thereby somewhat differs from European merger control in this respect – the amendment will make it possible to examine whether a merger could also lead to an impediment of effective competition aside from a dominant market position.

A ministerial authorisation along the lines of the German model was on some people’s wish list for this amendment, but it is not contained in the proposed amendment. However, the Cartel Act is to contain extended possibilities for not prohibiting an otherwise anti-competitive merger (§ 12 para 2 Cartel Act). In the future, there will be three instead of two reasons for such a non-prohibition: (1) if it is to be expected that the merger will also lead to improvements in the conditions of competition; (2) if the merger is necessary to maintain or improve the international competitiveness of the undertakings concerned; or (3) if the merger is necessary for the national economy. In all three cases, the expected advantages must outweigh the disadvantages of the merger.

Also in the field of merger control, the Federal Competition Authority must ensure that merger notifications are forwarded to the Minister of Economic Affairs so that she can fulfil her duties under the Investment Control Act (§ 10 para 6 Competition Act).

If the legislative process goes according to plan, the KaWeRÄG 2021 is set to enter into force on 1 August 2021. Until then, a vivid debate can be expected on many of the key aspects of this amendment.

One thought on “The Austrian Competition Law Amendment 2021: A Preview”