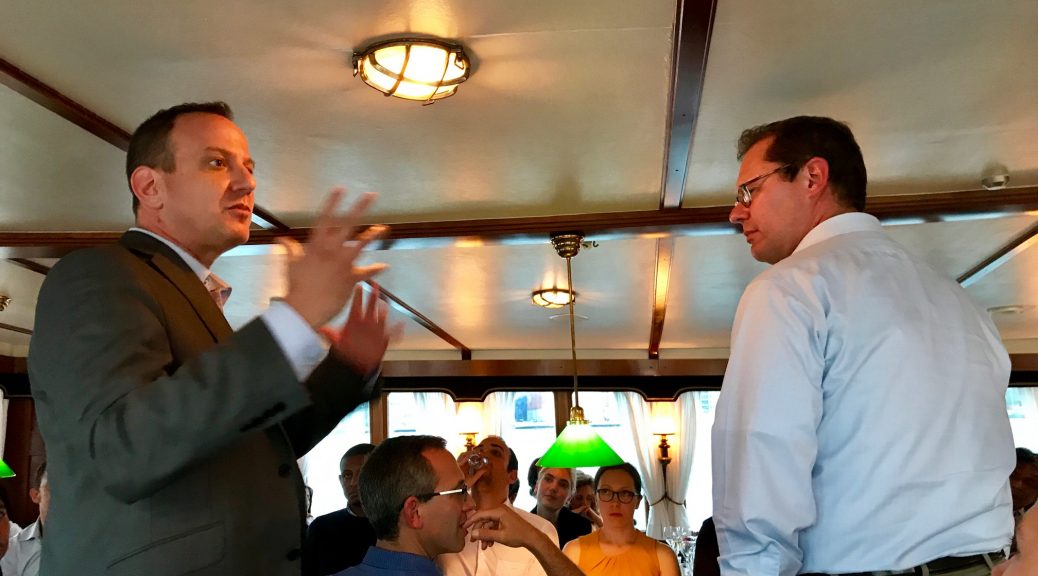 This year marked the beginning of the end of competition. Or so, the rock stars of the antitrust community said. They had a gig at one of my most favourite conferences: The Ascola Conference. Ascola is the Academic Society for Competition Law organising one big conference a year in different places, and its USP is that it only admits fans of competition law or economics who are in academia. (I am on the board of this lovely association, so there could be a bias here, but then, blogging is about biases.)

Attending Ascola Conferences is a bit like coming home: You see your family (and it’s for three days only, so it works), and you feel the vibes. If you are not a scholar and follow this blog you may imagine a meeting of competition professors as nerdy, dull or nightmarish. It is not. (If you do not believe me, just invite Francisco Marcos and Barry Rodger to dinner or let Nils Wahl try to stop Konstantinos Stylianou when he is in full flow of reinventing antitrust.) Ascola is truly international and showcases academic approaches to current antitrust problems from all over the world. After three days of discussions with 63 talks you get a feeling where the winds are blowing in antitrust scholarship. This year, the Ascola circuit stopped at the University of Stockholm upon invitation by Björn Lundqvist (organising it with Swedish elegance and his unique sense of humour), and most talks were connected to “Competition Law for the Digital Economy”, the general topic of the conference.

The tide has turned

The pre-conference (!) with two representatives from tech firms set the tone, somehow. (They had to speak pre-conf since they are not professors, you see…?) A telecom firm’s Vice President showed some slides how incredibly connected our world is and how incredibly up! up! up! all the figures went in digital markets. The slides were well-crafted but I have seen this too often to go hyper. The second industry speaker was a courageous man from Google, essentially reminding all these competition scholars how dynamic and innovative all markets are where Google tries to survive in the storm of competition. When he said that Google was striving for user’s control of privacy, this was the last straw for Magali Eben who had a nice outburst of questions.

Magali’s intervention was symptomatic: Scholars grateful to digital companies for their impulses in competition have lost a lot of ground to those who advocate a tougher stance. Just remember how we once fell in love with Uber for stirring up the stagnant taxi market, and how we now challenge Uber on antitrust grounds. It is the younger generation coming up with suggestions how to use antitrust law for regulating The Big 5 of the digital age (we call Google, Amazon, Facebook, Apple and Microsoft “GAFAM” – you better learn such acronyms before the Google decision is out!). Some of the most concise research was presented by young scholars like Konstantina Bania (on excessive data-ing), Elias Deutscher (on the Commission’s errors in Facebook/WhatsApp), Friso Bostoen (on margin squeeze by digital giants) or Katharina Voss (on consent-based remedies) – to name but a few.

This generation profits from growing up in years when they see the efficiency ideology failing, so they can start anew without having to fight the battles of the 2000s. They are open for the integration of antitrust with other fields of law, be it regulation, privacy, consumer protection or fundamental rights. They are not necessarily pro-intervention but what I liked about their presentations was the fearless attempt to apply competition principles to current economic phenomena.

Another aspect that struck me was the openness towards political discussions of antitrust. No one raised an eyebrow when Ioannis Lianos asked how the views of NGOs on the Bayer/Monsanto deal could have been integrated into the merger review process. All-time favourite Eleanor Fox, the NYU professor whom I would call the Grand Old Lady of US antitrust scholarship, were she not energetic like a young girl, passionately intervened several times pointing at our role as protectors of freedom.

The most successful tune these days is sung by Maurice Stucke and Ariel Ezrachi (pictured above). Their book “Virtual Competition” made them rock stars of antitrust scholarship, constantly on tour. (Thus, they arrived late, left early, and also threw TV sets out of the hotel window. I have no evidence on the latter point.) They gave a keynote speech on the perils of an algorithmic-driven economy, claiming that we see the end of competition as we know it. They identify tacit collusion, discrimination based on behaviour and the rise of super-platforms as gatekeepers as three developments that change everything. They also added some thoughts on their next project with the hit single: “Is competition always good?” (You have a foretaste here.) They promised to be more normative, more political, more provocative.

During their speech, the Ascola family was on a boat cruising Stockholm’s beautiful skärgård. The landscape looked as if Astrid Lindgren’s heros like Pippi Longstocking, Emil i Lönneberga or the Bullerby Children could jump into the picture every second. Probably, I thought, scholars need their courage and creativity to identify and tackle the problems of the digital economy.

One thought on “In Ascola-la-land: Scholarly trends in antitrust law”