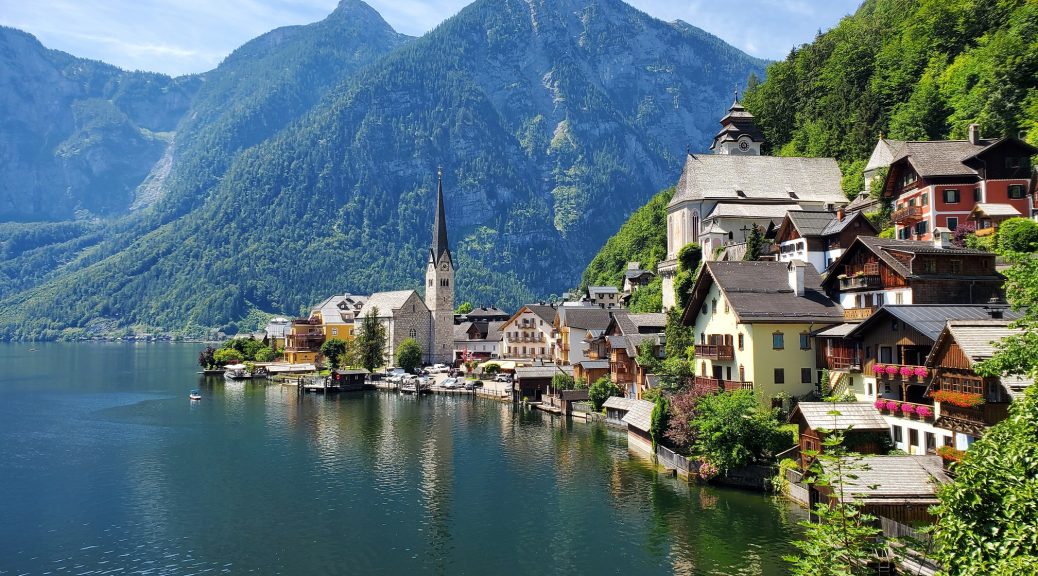 Austria, that lovely neighbouring country to Germany, is known for its Kaiserschmarrn, music, the Alps – and interesting merger thresholds. There is a reform, however, that will come as a relief to many. Johannes Barbist brings us up to date – including interesting news on the applicability of the new merger control thresholds.

Austria is lagging behind. We still concentrated on the market dominance test (also in merger control cases), did not specifically address the growing importance of digital markets in the legislation, were not competition law “sustainable” and …. Then came 23 April 2021 and Prof. Viktoria H.S.E. Robertson gave us an outline of the brave new world under construction in the Alps, the long-awaited draft Austrian Cartel and Competition Law Amendment Act 2021.

The bill was, however, not adopted before the summer break, Austria wanted to enjoy one last summer of ’69.

The way things were

In general, concentrations require notification in Austria if

There was (and still remains) an exemption to this notification requirement (only one undertaking concerned with an Austrian turnover exceeding EUR 5 mio. with all other undertakings concerned not exceeding a worldwide turnover of EUR 30 mio). However, this exemption did not apply to international M&A transactions provided that the target company exceeded the EUR 30 mio worldwide turnover threshold and had (even minimal) sales in Austria.

This very broad “coverage” led to criticism, disbelief and frustration internationally on the low Austrian turnover thresholds and the limited Austrian turnover required to trigger a notification obligation. Austrian attorneys had a hard time to explain why transactions with a minimal Austrian turnover of (typically) the target company were still notifiable in Austria. At least if the parties and their legal advisors did not want to gamble with the effects doctrine, a theoretical concept that was rarely applied by the Austrian cartel courts and therefore remained grey like the Austrian summer this year.

Finally, the Kartell- und Wettbewerbsrechts-Änderungsgesetz 2021 (for short: KaWeRÄG 2021) was adopted and entered into force on 10 September 2021. The Amendment also revised the domestic turnover threshold by adding that at least two undertakings concerned must have a substantial Austrian turnover. The new standard turnover thresholds in Austria are therefore (sec 9 para 1):

Multi-jurisdictional assembly line merger filing experts may not already know (they catch some IBA-sun in beautiful Firenze), but they will certainly cheerfully welcome the revision of the Austrian merger control thresholds. While Austrian law firms are still digesting the revised domestic turnover threshold and its expected implications on merger cases to be notified (caseload to drop by c. 44%).

In 2020, 425 merger notifications were filed. A 44% drop in the filings would mean roughly 190 notifications p.a. not having to be submitted. Roughly EUR 650,000 will not be earned in notification fee. On the other hand, the Austrian competition authorities will have more resources available to concentrate on competition cases that matter.

However, the old regime may have a second life and claim continued application until the famous bell of the St. Stephens Cathedral (“Pummerin”) welcomes a pandemic-free 1 January 2022 – despite the fact that § 9 Abs. 1 Z 2 has already entered into force. The reason behind the potential reincarnation rests with the following clause on the applicability of the new merger control rules (§ 86 Abs 12 KartG 2005):

In other words: The revised domestic turnover threshold (aggregate Austrian turnover of all undertakings concerned of > EUR 30 Mio., thereof at least two undertakings concerned having an Austrian turnover of >  EUR 1 Mio. each) shall only apply to concentrations if they are notified in the new year 2022. This sidenote is also – service is AUA’s Austria’s success – mentioned in the official online version of the Austrian Cartel Act as amended by the KaWeRÄG 2021):

All human beings apart from jurists would probably testify under oath that such a transitional regime does not make any sense in constellations where turnover thresholds are raised so that fewer transactions require notification in Austria (e.g. the target company has an Austrian turnover of only EUR 200k) so that one cannot link the applicability of a new domestic turnover threshold to a notification requirement if such notification is no longer required. The other references in § 86 Abs 12 to the new provisions (§ 10 Abs. 1 und 3, § 12 Abs. 1 und 2) make perfect sense as they change the requirements on the contents and service of the merger notification and the competences of the Cartel Court to intervene or clear transactions beyond what was previously possible.

How to deal with this

As far as the author could find out on Freaky Friday (10 September 2021), the Federal Ministry and the Bundeswettbewerbsbehörde inofficially advocate a continued applicability of the old domestic turnover threshold (EUR 30 mio in aggregate) until 31 December 2021. This reincarnation is indeed a creative cautious interpretation of § 86 Abs 12 (but may indeed have been the well-hidden aim of the legislator despite the fact that it could make sense to free up resources of the law enforcers immediately).

If the old domestic turnover threshold must be applied until year end (and a prudent legal advisor will not recommend otherwise in this Logikrätsel), then parties to an M&A transaction have the following options in case they find themselves in the gap:

Legal uncertainties are very unfortunate, especially in regard to merger control thresholds. They should be easy to apply, be clear, precise and unconditional (the ECJ knew that already in Van Gend & Loos). Legal practitioners around the world need to know when Austrian merger control kicks in.

The transitional regime is the opposite. We will hopefully soon see a standpoint (Standpunkt) from the Austrian Bundeswettbewerbsbehörde and the Austrian Federal Cartel Prosecutor (Bundeskartellanwalt) clarifying this issue. So watch out (bwb.gv.at) and do not take Austrians literally. They may mean something else and wish to enjoy a few more months in the old world.

The BWB has kindly published its view on the Logikrätsel here under the heading “Schwellenwerte” – an obvious location, but I got a hint on top (thank you to the whistleblower).

It is not a properly argued standpoint (Standpunkt), rather a short note of the BWB stating what was already summarized above. In the absence of an official English translation, here is what I believe is a useful Oxford-English read:

I hope you like this NOT-IS. Brave old domestic turnover threshold defending its territory. The Pummerin will bell farewell. Honestly, I thought this could be earlier. A few years ago (I believe it was 1999), my good friend Bernhard Girsch and myself advocated a domestic turnover threshold for two undertakings concerned in an Austrian law gazette (ecolex). Now we are old and I see the law behind fine glasses.

Dr. Johannes Barbist, M.A. (Limerick) is a partner with BINDER GÖSSWANG, Vienna-Innsbruck. He also teaches at the University of Innsbruck.