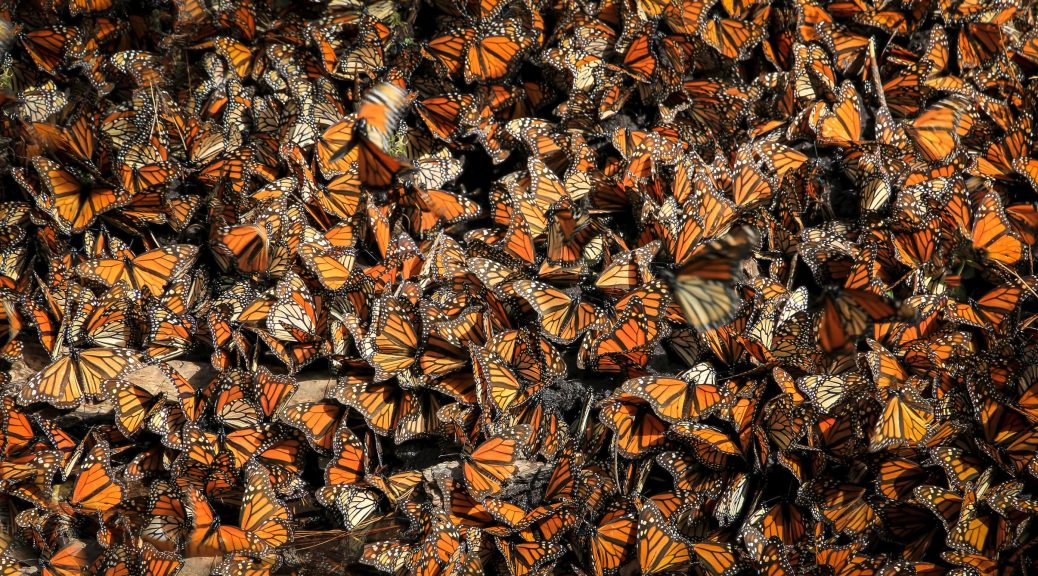 Many antitrust addicts want to go on holiday or want to get back from holiday and are stuck in traffic jams. Please do not worry, there is still enough stuff to read, and Rupprecht Podszun brings it to you through the emergency vehicle lane. So, give a tablet to your kids in the backseat, let your partner steer the wheel, and enjoy our antitrust law Summer SSNIPpets – small but significant news, information and pleasantries, our pet project!

It is High Season in Salzburg, Festival time, the place is crowded by the rich, the famous and also some intellectuals, and apart from assembling for some Mozart opera, some of them come together at the Convoco-Forum. Corinne Flick hosts Convoco, she is a lawyer, holds a PhD in literature and belongs to all three categories named above. This year, her guests discussed the “Standing of Europe in the New Imperial World Order”. One panel discussed competitiveness. Monika Schnitzer, an economics professor from Munich and a member of the German Commission drafting reform proposals for European competition law (“Kommission Wettbewerbsrecht 4.0”) addressed her first question to Roberto Viola, Director General at the European Commission for pretty much everything digital (and he is a blogger!); he is the Laitenberger of DG CONNECT.

The audience had a good and desperate laugh.

In the same panel, Stefan Oschmann, CEO of pharmaceutical company Merck, made it crystal clear what he expects from politicians so that European companies are on a level playing field: It is not industrial policy in an old-fashioned way, but a policy that fosters the digital infrastructure. Europe needs its own cloud, the development of microchips with AI and the promotion of supercomputers. These are the streets, bridges and railways of our time. Otherwise, European companies will be marginalised by US and Chinese competition. Director General Viola (who made a very good impression on me) fully agrees with Oschmann. So, well, let’s do — something!

Part of creating that infrastructure for competitiveness is to tame big tech. It seems to me that there is consensus among German managers in this regard. The US steps up pressure on GAFA, too. The New York Times reports that Chris Hughes, a former roommate of Mark Zuckerberg at Harvard and a co-founder of Facebook, went to see enforcers at the antitrust authorities, together with Scott Hemphill (New York University) and Tim Wu (Columbia University), to push for tougher enforcement.

The Economist recommends to Zuckerberg, Bezos & Co. to learn from Microsoft’s experience. The former Number One enemy of the antitrust authorities has recently managed to become the most valuable company in the world without being too visible in antitrust map. One advice taken from the Microsoft saga of the early 21st century: „Third, work with regulators rather than try to outwit or overwhelm them.”

Safeguarding the infrastructure is also an issue for the judiciary. The President of the Stuttgart Regional Court (“Landgericht”), Andreas Singer, called on politics to get more staff. His court is sort of paralyzed by lawsuits directed against Daimler, the motor company. Of course, the focus is on that Diesel issue, but Singer also provided impressive figures on antitrust law:

“There are currently around 250 lawsuits pending concerning the trucks cartel. (…) In the past 15 years, only 1-2 such antitrust claims had been filed. The Stuttgart Regional Court has already handed down more than 20 judgments on the trucks cartel in 2018 and 2019 alone, despite the process-related unavoidable long duration of proceedings.”

The claimants ask for damages between 3,500 and 100 million Euros, in one case alone 12,500 trucks are involved, and each procurement process has to be examined individually. In addition, the 30th Chamber of the court has a claim of 261 million Euros plus interest connected to an antitrust case on round timber. Some of the asserted claims date back to 1978 (Case No. 30 O 176/19).

What can we say to give some comfort to the Stuttgart judges? I think of Christian Morgenstern’s poem “The Two Roots”. What else is there to say? Squeak. Squawk.

If I hire a subcontractor to do a job for me, I’ll pay for it, of course. And if he still owes me, we’ll do the math. That is how the European Commission does in fining proceedings.

The Commission imposed a fine of € 6.2 million on Sanrio for having territorial restrictions in licence agreements for the distribution of Hello Kitty Merchandise. However, Sanrio’s wonderful cooperation in this case led to a 40 % reduction of the fine, according to the Commission’s press release. The Commission is thus continuing to honour cooperation in non-cartel cases. In the Guess? procedure it had already spelled this out.

I, well, guess that you may reduce the fine in exchange for helping with the proceedings. (I always wonder though how to reconcile this with the principle of nemo tenetur. There is no obligation for self-incrimination, true, but it still works as a strong incentive). In cases of hardcore cartels, the reduction of fines finds its legitimacy in the well-known game-theoretical model: The bonus is granted above all for bringing down the cartel and dragging others into the abyss.

If, as in the case of Sanrio, only a single undertaking is the perpetrator, this strand of legitimacy is not available. The reduction in fines is actually just the authorities’ way to say thank you for relieving them of their work. The fact that this – as with the cuteeee kitties – can lead to a 40% reduction (and it was 50 % with Guess?) seems exaggerated to me. With such a fining policy, the European Commission is turning from a law enforcement authority to a notary for corporate self-incrimination.

Since you can’t let go of antitrust law anyway when you hit your way through the wilderness on Cape York, take the ferry to Martha’s Vineyard on Cape Cod or sail at the Cape of Good Hope, we still have the official travel information for at least these three destinations:

The Australian Competition & Consumer Commission (ACCC) published its final report on Digital Platforms. Caron Beaton-Wells, who hosts the beloved Podcast Competition Lore, called the report a “thundering tome”. With over 600 pages this is certainly no understatement. I only browsed through the Executive Summary, which already has 42 pages (for experts pp. 30 ff. are exciting). “There are no quick fixes or magic bullet solutions”, Caron states in a first assessment.

Interestingly, competition, consumer protection, data protection and media regulation are all dealt with in one go. From a European antitrust law perspective, the only new-ish proposal seems to be that the ACCC wishes to negotiate specific notificiation regimes with “large digital platforms”. There are many referrals to Europe. Pioneers are travelling here.

Recommended as a tourist destination for: Margrethe Vestager and Andreas Mundt. They get the confirmation that they got some things right.

If you had been unhappy with U.S. politics for a while, this may come as some reconciling news: Compliance programs will be taken into account when sanctions are imposed by the Department of Justice in the future. In a press release the DoJ states:

“The Antitrust Division is committed to rewarding corporate efforts to invest in and instill a culture of compliance,” said Assistant Attorney General Delrahim. (…) The Justice Manual previously explained the Antitrust Division’s policy “that credit should not be given at the charging stage for a compliance program.” That text has been deleted.”

Recommended as a tourist destination for: In-house lawyers.

In South Africa the Competition Act Amendment 18/2018 has partially entered into force. Due to the creepy apartheid, the country carries a difficult legacy with it, also in economic terms: Some markets are enormously concentrated, the black population is still structurally disadvantaged economically.

Is that a matter for competition law? Absolutely! In South Africa’s antitrust law, for example, there are references to “historically disadvantaged persons”. Now, with the amendment, one criterion for assessing mergers is “a greater spread of ownership, in particular to increase the levels of ownership by historically disadvantaged persons and workers in firms in the market”.

Since some markets are so highly concentrated, “market inquiries” become an important instrument: if the Competition Commission finds an “adverse effect” in such a market, it can remedy it – if necessary with unbundling and divestments. That is a sector inquiry with very sharp teeth. And another delicacy: for repeat offenders, the maximum fine is raised from 10% to 25% of annual turnover. I didn’t say it was recommended for imitation.

Not recommended as a tourist destination for: European legislators.

Andrea Orcel has a competition problem of a kind. The Italian is one of the most successful investment bankers in the world, he held top positions at Merrill Lynch and UBS. Because of his Italian good looks, the media named him “George Clooney of Investment Banking”, others called him “el tiburón de las finanzas globales”, which in his circles is probably seen as accolades. Orcel left UBS to join Banco Santander. That didn’t work. (Official) reason: Santander could not pay the “transfer fee”.

According to the media (e.g. here or here), Orcel still had claims at UBS for immense boni that could not be paid out directly – a consequence of the regulation of financial markets. If Orcel switches to a competitor as a “bad leaver”, his contract allegedly states that his pay package is lost. Santander was supposed to make up for that, but decided to drop out at some point. Mr. Orcel can now wait – without working – for the money shower at some future point of time, or lose a lot of money and start to work again. These are the terrible fates of employees. Eric Posner’s lecture at Ascola 2019 came to my mind: „Why has antitrust law failed workers?“

According to the latest reports, things now get really cheesy-sleazy with lawsuits and possibly illegal tapes and accusations of hubris. Keep going!

If you still wonder how to ease the burden of the Stuttgart court, we recommend to take a look at a nice sentence from a judgment of the Higher Regional Court of Düsseldorf. The lawyers from Löffel Abrar brought it to my attention:

“The length of written pleadings says nothing about their quality in terms of content and it is also not true that judges, in particular judges active in the field of competition law or IP law, allow themselves to be influenced one-sidedly by the length of the pleadings of one party.” (4.7.2019, Case 2 U 46/18)

Please write this down on a Post-It note, stick it to your screen and quote the sentence in your next client newsletter.

Since we don’t want to impress with length, this is it for today. We will be back if something out of the ordinary happens, for example a ministerial authorisation is granted in Germany or a draft competition act is available.

Until then – have a nice summer!