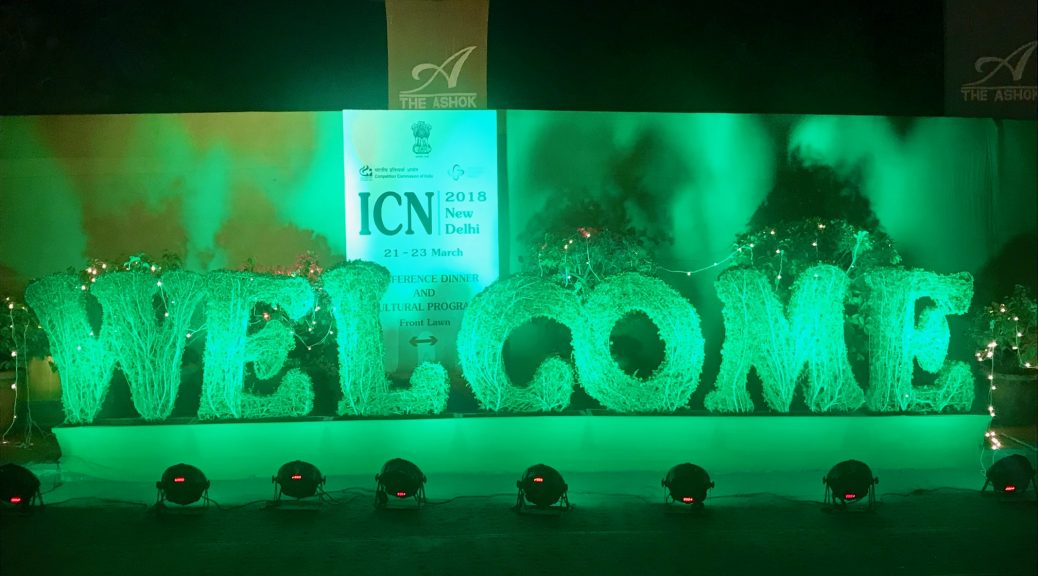 The International Competition Network (ICN) is the leading global forum for competition agencies: Here the enforcers come together to compare their work, to discuss current issues and to draw up “Recommended Practices” that serve as the international gold standard for the design of competition law. This is mostly done virtually or in telephone conferences. Once a year, the group meets to see each other in person. Rupprecht Podszun was allowed to participate as a Non-Governmental Adviser and here is his Conference Debriefing.

Attendance: 500 plus from all over the world

First things first: How was the food and who was there?

Food was fantastic, if you are into spicy stuff. And spicy is not to be mistaken for hot, so I learned: Indians complain that Europeans want Indian food so hot that you do not taste anything anymore since your taste buds are burned away. And did you know that curry is not a spice but a… 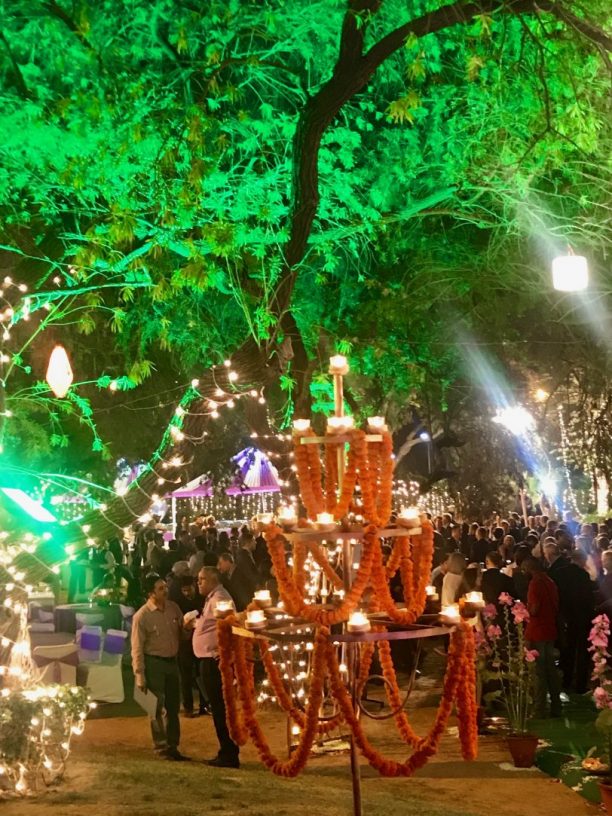 Okay, okay, now who was there? Any celebrities?

This was the most VIP antitrust conference I could imagine. It is a must for heads of agencies to see their colleagues once a year at ICN. Andreas Mundt, he chairs the whole thing, Devender Kumar Sikri, the host from India, EU’s Johannes Laitenberger, FTC’s Maureen Ohlhausen, Andreas Heinemann for the Swiss Weko…

You name it. These two are leaving office, by the way. What a loss!

You didn’t mention DoJ’s Makan Delrahim or any Chinese official.

Got me. Delrahim had to plead the AT&T/Time Warner merger which is talk of the town in Antitrust City, so he had a good excuse. China that recently decided to merge its antitrust authorities is not a member of the ICN. Yet, you had the chance to meet dignitaries like Jacques Merot.

Jacques… who?! Should I know him?

You obviously never notified a merger with the French Polynesian Competition Authority. By the way, there were Non-Governmental Advisers (NGAs) as well, who engage in the daily work of ICN. At the Annual Conference, they are more like friendly observers and do not get to sit at tables (literally). The German speaking NGAs, just to give you an impression, were Alf Henrik Bischke, Ingo Brinker, Moritz Graf von Merveldt, Wolfgang Heckenberger, Doris Hildebrand, Marcel Michael Meinhardt, Frank Montag, Marc Reysen, Annette Schild, Jürgen Schindler, Anna Wolf-Posch and me.

Frankly, I do not go to conferences to discuss competition law matters with people from countries that I could hardly find on the map.

True, some of the discussions are more basic than what you would get at one of the Brussels tussles. But you learn a lot about other countries and economies. For instance, French Polynesia, to stay with the jurisdiction of choice, triggers a competition control if you buy store space of more than 300 square metres. France did an online questionnaire with 30.000 real estate agents in a merger case that involved Axel Springer’s SeLoger.com. New Zealand’s Ben Hamlin was slightly astonished: A smaller agency could hardly muster the resources for such an endeavour and still would have to solve the case. You also get a feel for your own jurisdiction. Take the “Due Process” Working Group: TNT/UPS seems a bit petty when other competition agencies publish sealed files with confidential business secrets on the internet. And that did not happen in French Polynesia. ICN is about comparing and maybe even competing.

Don’t tell me there are awards, even.

There are. The World Bank gives awards for competition advocacy. And it’s stunning what some agencies do, the UK CMA for instance won an award for their work on competition in higher education, the Kenyans for enabling mobile financial services through implementing interoperability rules. The Mexican competition agency launched an award itself for the “Most Absurd Regulatory Obstacle to Competition”. The Argentinian office was rewarded for convincing government not to impose anti-dumping sanctions.

Oh, we could use the Argentinians over here!

Yes! You get the spirit of the whole ICN thing! Chile untertook a professional empirical survey for its competition regime to get first hand evidence how well the authority and the law work. In litigation with economic expertise, South Africa asks the parties’ experts to sort out disagreements themselves and only discuss remaining issues in a “hot tub” before the court. India uses screens to detect cartels and goes on dawn raid afterwards to sort out false positives. You can read all that in the enormous encyclopaedia on the ICN website.

Yepp. Many panels discussed the right balance of enforcement, compensation, deterrence. It seems that the instruments are available, yet the right mix still has to be found. Many jurisdictions seem to face a decline in leniency applications which is worrying enforcers. And, oh, the obvious: d-i-g-i-t-a-l. The Germans took some comfort that Australia had also forbidden narrow as well as wide clauses in hotel platforms.

Talking of Germany: How did our people fare?

Brilliant, of course! Mundt is first among equals as head of the organisation, friendly and eloquent. Barbara Schulze and Olaf Wrede

steer the Bundeskartellamt’s international work. On substance, Mundt presented the Asics case; there may have been better choices, but okay. The EU delegation was spearheaded by Johannes Laitenberger. BTW: For the sightseeing programme, the DG stayed with suit and tie – unlike others that you barely recognized in their Ibiza attire. Laitenberger took home an “honourable mention” for the Commission’s e-commerce sector inquiry. Rightly so. In his presentation, it dawned on me how many DG COMP cases are nowadays follow ups to sector inquiries. Oh, and if there had been an award for “Most Dazzling Sunglasses on Display in Lunch Break” Studienvereinigung’s Frank Montag would definitely have outshined everyone else.

Takeaway message: “To a man with a hammer, everything looks like a nail.” (Ricardo Oliveiro, a Portuguese lawyer, dishes out spicy food for thought to competition enforcers)

Do say: “There is no digital economy. It is the economy.”

Next stop: The Annual Conference 2019 will be held in Cartagena, Columbia Colombia.

If you go to an antitrust conference, please consider to contribute a Conference Debriefing for D’Kart! Get in touch (and don’t forget to subscribe to our e-mail alert!)

One thought on “Conference Debriefing (1): When the Officials meet – ICN 2018”