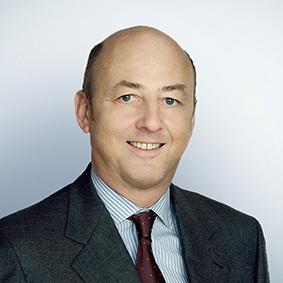 The advent of harm to innovation as a major competition concern in EU merger control was the most “important” and “interesting” development for me in 2017.  I’m not sure about “irritating”, but it certainly raises a number of questions.

In its Dow/DuPont decision, the Commission concluded that the merger between Dow and DuPont (two leading agrochemical companies) would give rise to traditional unilateral price effects as a result of horizontal overlaps between the parties’ on-market and pipeline products.   However, more interestingly, it also concluded that the parties and their rivals would find it profitable to reduce overall R&D spend, leading to a reduction in the number of new pesticides being brought to the market in the future. The Commission has since tried to downplay this innovation theory of harm, emphasising the particularities of the crop protection industry and arguing that there is precedent for its approach in existing guidance and decisional practice (notably, GE / Alstom, Siemens / Gamesa, Deutsche Borse / NYSE).  However, for most private practitioners, this decision represents a radical departure from past practice and a major challenge in advising clients.  The primary reason for this is that, unlike previous cases, it is not based on the impact of product-specific innovation competition but on a much broader and vaguer concern relating to potentially reduced activities in early research and discovery across the entire crop protection industry.

At this stage, the limiting principles of the innovation theory of harm are entirely unclear.  What do we mean by “significant” in SIEC in this context, i.e. how can a reduction in innovation competition be measured if not by the typical potential price effect of a merger?  Why is a 5-4 merger like Dow / DuPont viewed as more problematic for innovation competition than normal price / product competition?  Is the innovation theory of harm at all time limited, or is the Commission’s reach limitless?  Should we only be concerned about innovation effects that lead to corresponding price effects, or can innovation effects that lead to an SIEC exist independent of price effects on overlapping products?

Since Dow/DuPont the Commission has begun to look more intensively at innovation also in industries which do not have the same characteristics as the agro-chemical or the pharmaceutical industries. It remains to be seen how the Commission addresses the many questions raised by its innovation theory of harm in these and future cases.