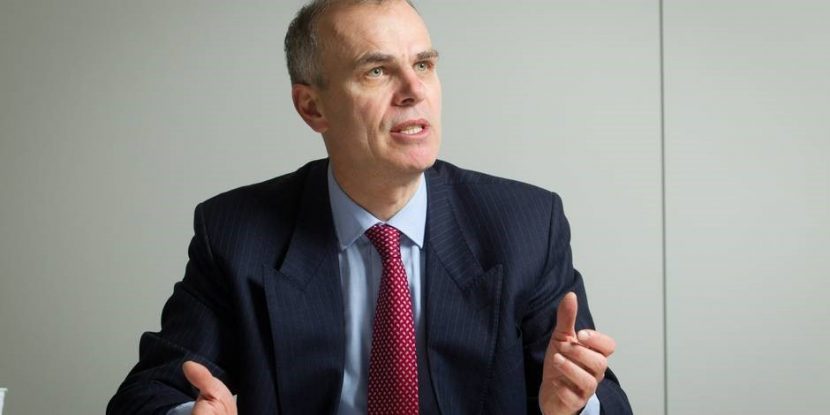 As I look back at developments that have taken place in competition law in the course of the existing year, what comes to my mind is not a specific event but, rather, an impression.

That impression was originally diffuse but, with time passing, it has become more precise and I thought I could share thoughts about them with the readers of this blog.

That impression is that, at this time, there may be misunderstandings between competition law practitioners and courts at the European level.

Not one of us

Among these misunderstandings is the idea, I sometimes hear, that, at the General Court and the Court of Justice, judges entrusted with the responsibility of dealing with competition law cases do not always have the background necessary to deal with these cases.

What do I feel vis-à-vis that critique?

It is true that, sometimes, judges sitting in competition law cases have not been engaged, on a systematic basis, in private practice, or public enforcement activities, in that area of the law, before joining the courts.

“Who is she?”, “We do not know him”, “Will she understand what I have submitted?”, “He is not one of us”, are comments I hear from practicing lawyers.

These comments find a certain echo in me as I understand, in my capacity as former academic and counsel active in the world of competition law, that there may be apprehensions when a case is heard by people we have not come across before in our research or practice, particularly when these people come from other countries and legal traditions. As in other areas of life, it is easier to deal with people we have reasons to know and respect from before.

But let me dare a question. In a law firm, or in a university, do people always practice or research the same area of the law for their entire career? Do they sometimes take new clients, pick up new topics, and accept new challenges? When they do so, is it always negative for the organization in which they carry out their activities.

As far as I am concerned, I have come to regard the possible absence of systematic involvement in competition law, before joining the Court, as a “plus” for a judicial institution.

Suppose indeed you represent a firm accused of antitrust violation and the case goes to a reporting judge with a former competition law background. No luck, however, that experience has been built in the capacity of enforcement official. Will you get the feeling that you are being given a fair hearing?

Conversely, imagine you are a Commission official and your case is heard by a judge who has been a defendant attorney, in competition law cases, for twenty years …

Experience is one thing – impartiality, another. The former can be built or acquired. The second is a matter of attitude and maybe personality. Life teaches us that we tend to act now as we have done before. It is sometimes difficult for humans, absent a “cool-off” period, to distance themselves from a perspective they have defended and supported for years before …

There is another reason why I think that a possible lack of systematic, prior involvement in competition law cases should not be regarded as an obstacle to a capacity of issuing “good” judgments in that field of the law.

As judges, we are allocated, in the Court, cases that are similar to the ones we are currently dealing with. Are we or is our chamber involved in Article 102 cases, in the telecommunications sector? We will have more of them. This is the result of the system of “connexity”, which is used at the General Court to allocate cases among us. Under that mechanism, cases are allocated to chambers and judges which are currently dealing, or have been dealing recently, with similar issues.

It is thus wrong to consider that there is no specialization in the European jurisdictions – bearing in mind the fact that, in a jurisdiction where decisions are collective, judges, anyway, are never left alone. Contradictory debates lie at the heart of our decision making process, first with the parties, then, when the case must be decided, among judges. That system ensures that all possible opinions and interpretations have been heard, and analysed, thoroughly, before a conclusion is reached.

There is one limit to that system of allocation – and again I cannot think of a more appropriate one. That allocation on the basis of specialization will not last forever. The jurisprudence does not belong to any of us. In a democracy, power is shared. It would not be appropriate to have the same people decide, systematically, for a decade, how Article 101, or Article 102, or the Merger Regulation, or State aid provisions should be interpreted.

At a conference, I have heard once that the jurisprudence applied by the European Courts, in competition law cases, ought to be considered “jurassic”.

As I came to understand, that critique referred to the fact that the European Courts still appear to apply, according to that speaker, in some instances, an object- or form-based approach rather than, systematically, an effects-based one.

When I hear that critique, I feel there is a need to explain what judges can do – and what paths they cannot take.

As a judge, my mission is not to express, in the cases where I am giving the privilege to sit, my personal opinion. It is to seek truth. I know, that concept may appear outdated. But in a judicial context, it has a meaning. Judicial truth is what the law requests us to decide in a given case.

In a given case, I could very well, out of personal conviction, have a very strong temptation to apply an effects-based approach. This will not take away the fact that I will apply, in cases where I sit, an object-based one, if that is what the law requests me to do in the case I am dealing with. Or conversely.

Of course, a margin of appreciation exists. Obviously, parties ask us to change the law. In fact, I cannot remember of any case where such an argument was not made. But my job is not to create margins to express my personal opinion. It is to solve cases, on the basis of existing law and, in the course of that exercise, to limit, as much as possible, the degree of variation that could appear between judgments, in order to ensure coherence, solidity and legal certainty in the system.

In that context, when new orientations are decided, they are never decided abruptly and always refer to the specific case in which they are decided. Even then, these new orientations will not be the ones that, for personal reasons, or out of personal belief, I would like to see adopted. It will be those that are made unavoidable and, possibly, undisputable, by the evolution of society, or the adoption of new legal instruments.

Another critique sometimes heard is that judgments are not always clear. That critique has been expressed, at times, about the decision adopted, in “Intel”, on appeal.

Again, to the people expressing that critique, I can only say that judgments must be read with, in mind, a clear vision of what judges can do.

In “Intel”, the Court plainly addressed the issues raised by the parties. In the contentious passage of the judgment, the appealing party was asking the Court to decide whether the economic arguments developed by the firm, particularly those regarding the “As-Efficient-Competitor” test, should have been addressed, in the first instance, by the General Court.

That question received a clear answer – yes, stated the Court, that argument should have been examined.

That answer appears in perfect line with the importance given in Luxembourg to the fundamental rights of natural and legal persons. In accordance with these rights, the arguments raised by parties must be addressed whenever they may influence the outcome of a case. There is an obligation, for the European Courts, to provide reasoned opinions as to why a given position was adopted. With the evolution of competition policy, it appeared necessary, to the Court, acting in the capacity as jurisdiction to state what the law is, at the highest level in the Union, to request that, henceforth, more attention should be devoted to the economic arguments raised by the parties.

Thus, why did the Court not decide, once and for all, that the effects-based approach should now guide the interpretation of Article 102 cases? Because judges do not profess opinions, defend positions or enact regulations. Their mission is to provide answers to specific issues raised by given parties in particular cases …

Paul Nihoul is a Judge at the General Court. Before, he was a professor at the Université catholique de Louvain and Chairman of Ascola, the Academic Society for Competition Law.