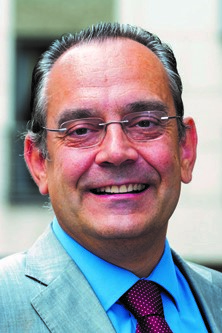 In 2004, today’s president of the Court of Justice of the EU, Mr Koen Lenaerts, wrote that the territorial competence of National Competition Authorities and national courts is limited to their own state .  “[I]t is important to keep in mind that Regulation 1/2003 does ‘not’ confer jurisdiction upon NCAs or national courts over conduct or effects occurring entirely outside their respective Member state.  Moreover, none of them may impose fines or remedies for conduct or effects occurring outside their State, even if nationally imposed remedies may indirectly affect an agreement or practice which is also in operation in other Member State” (Koen Lenaerts & Damien Gerard, Decentralisation of EC Competition Law Enforcement: Judges in the frontline, 27(3) World Competition 313-349, 322 (2004)

The Belgian Competition Authority (BCA) and the Court of Appeals of Brussels do not share the above view.  Indeed, the BCA decided to apply extra-territorially Belgian and EU competition laws via interim measures against the (FEI) (ABC-2015-V/M-23 of 23 July 2015).  The interim measures of the BCA forced the Federation Equestre International (FEI) (based in Switzerland) and the local national equestrian federations of seven Member States of the EU (Portugal, Spain, France, Germany, the Netherlands, etc.) and of five third countries (Monaco, China, Qatar, Mexico and the USA) to suspend in all these countries outside Belgium one of their rules of the game, the so-called “unsanctioned events” rule, which the BCA found restrictive of competition.  According to this rule, athletes that participate in an unsanctioned (or non-recognised) equestrian event, must undergo a cooling off period of up to six months before participating again in an FEI sanctioned event.  Put simple, the interim measures of the BCA, for example, compelled the US Equestrian Federation and the FEI to suspend the unsanctioned events rule in the US!

The argument of the BCA to justify its extra-territorial application of national and EU competition laws was twofold, (i) this is a contest grouping 15 competitions and organizing the Belgian competition is linked to the organization of the other competitions in several countries (i.e. this is a multy-competition contest which requires participation in all the competitions), and (ii) Belgian athletes and horses participating in this contest are impacted by those competitions that take place outside Belgium. As a result, the BCA ruled that it is entitled, via interim measures, to force the national federations and the FEI to suspend their rules of the game not only in Belgium but also in all the member states of the EU and third countries where competitions for the contest took place.  This reasoning equates to saying, because an agreement entered in the US between two US companies infringes competition law in Belgium, the BCA orders its suspension in Belgium and in the USA!

The Court of Appeal of Brussels confirmed the powers of the BCA to enforce Belgian and EU competition laws outside Belgium stating that the extraterritorial competence of the BCA is a condition for its effective intervention and of EU law if one takes into consideration, on the one hand, the world-wide nature of the unsanctioned events rule and, on the other hand, the fact that this contest grouped together 15 competitions taking place mostly within the EU as a result of which the winner of the contest is established (Cour d’appel Bruxelles, 2015/MR/1).

A final irony of this matter is that on 9 October 2014, the Belgian Competition Authority had intervened as amicus curiae in the US Court of Appeals for the 7th circuit in Motorola Mobility vs AU Optronics. In its amicus curiae brief the BCA asked the US to exercise restraint in its territorial application of US antitrust laws because otherwise it “would undermine the comity balance struck by Congress in the FTAIA, as acknowledged in Empagram” and that “Belgium’s own antitrust laws focus on the effects of anticompetitive conduct and limit enforcement of its laws only to those foreign actions that have effect in Belgium”.

José Rivas is a partner with Bird & Bird and the editor of World Competition.